Years ago I fished with a guide for a few days at a lodge in the Caribbean and each day after we returned I noticed that every other guide that had been out that day met at the bar and talked about what had happened on the water, except ours.  I didn’t really think too much about it at the time but in comparing experiences with other guests against our experience, I came away thinking how fortunate I am to be part of a team of guides that compare notes after we fish.
The comradery while fly fishing is one of the most important aspects to begin with, but as a guide there is valuable information inside the conversation about what type of shots another guide’s angler had, how aggressive the fish were, what water conditions were like, if they saw cruisers or tails, and so on.
Capt. Owen and myself finished up a two boat trip this past Saturday and there was one note between the two of us that really stood out to me.  Owen was describing the experience he had on the first school of reds they came upon with a black and purple Micro Bunny on the end of the line, though his client's presentation was spot on, the fish denied the fly.  The school continued by the boat so he pushed out, and motored back up the flat while changing the fly to his Winter Shrimp in all tan.  The next cast was to the same school and one fish broke off from the school to chase down and crush the fly. 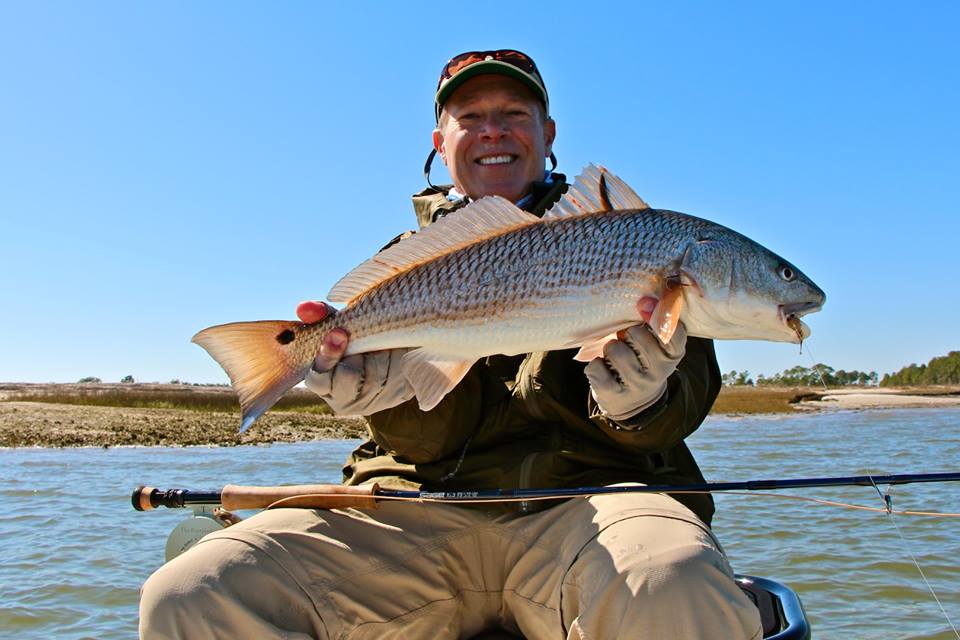 I started the same day with a purple and white Clouser.  We found some fish quickly in our first spot, where my angler put a few casts right where I asked him to and they gave him the middle fin each time.  We pulled out and changed to an olive and white Clouser and my other angler got his first shot ever in saltwater at a group of reds.  The fish were milling around on a point and as they turned toward the bank he lay the Clouser just a little short of the turn but sure enough one broke off from the group and hit the fly, he lifted and the fish came unglued.  The next cast he put it right back in there and almost before he could strip one sucked it down.
Not a lot of difference in those two stories, but most importantly I don’t think it was a coincidence that both of us switched from a purple fly to a natural tone and starting having fish eat.  Of course the next day when we put that natural tone Clouser in fish they ate all day.  The lesson here is not that we should stop casting purple flies, trust me they work, but instead that it is important to have options in your fly box and perhaps more important is listening to the details from another angler where something little might help you adjust to what is working.