As everything in sight suddenly has a nice fresh coat of yellow pollen, it would indicate that winter is (almost) over and spring has sprung. This winter in Beaufort started pretty mild with temperatures in the 60s staying through December and finally cooling down in January and February with a few days below freezing mixed in. The water temperature followed that trend and at its coldest was in the lower 40s, which is pretty dang cold! However the chill didn’t seem to bother the fish all that much as the fishing was overall pretty good, specifically sight fishing on the low tide for redfish. 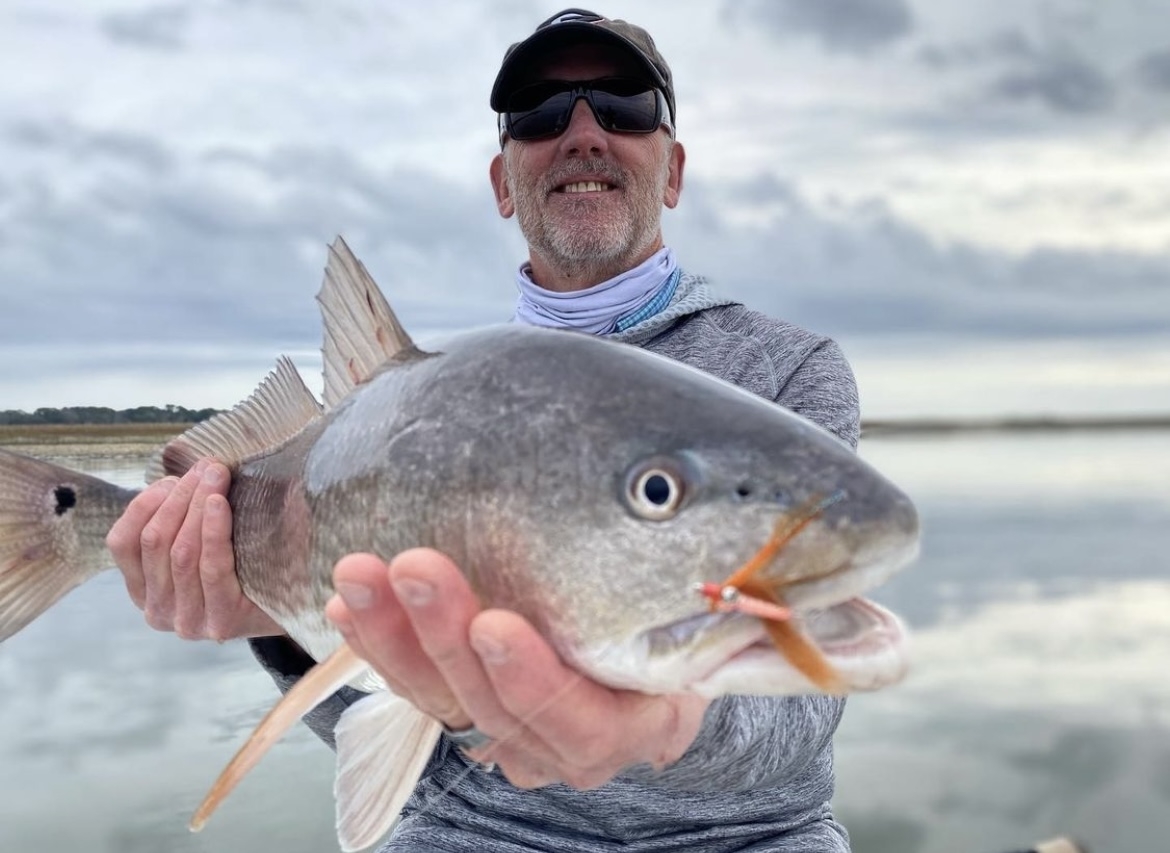 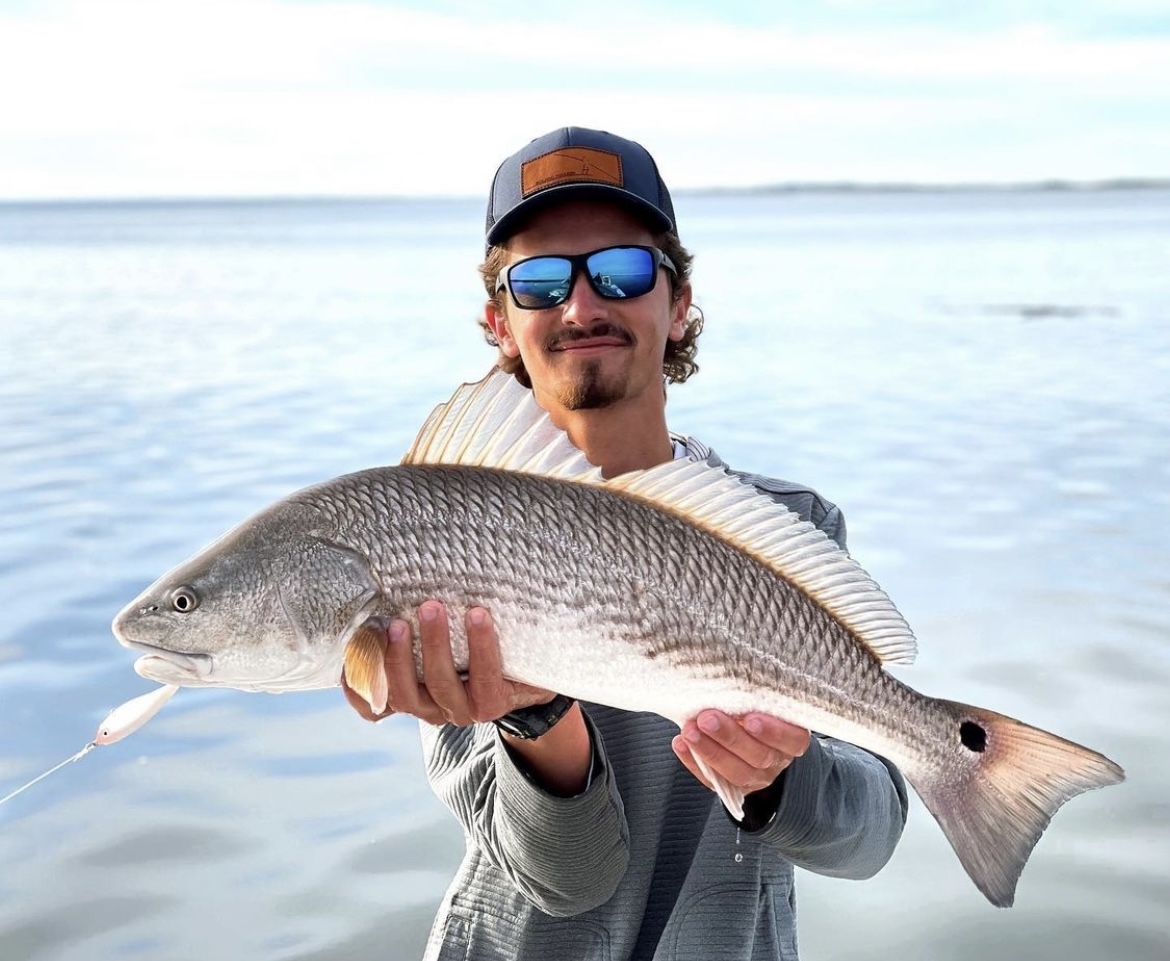 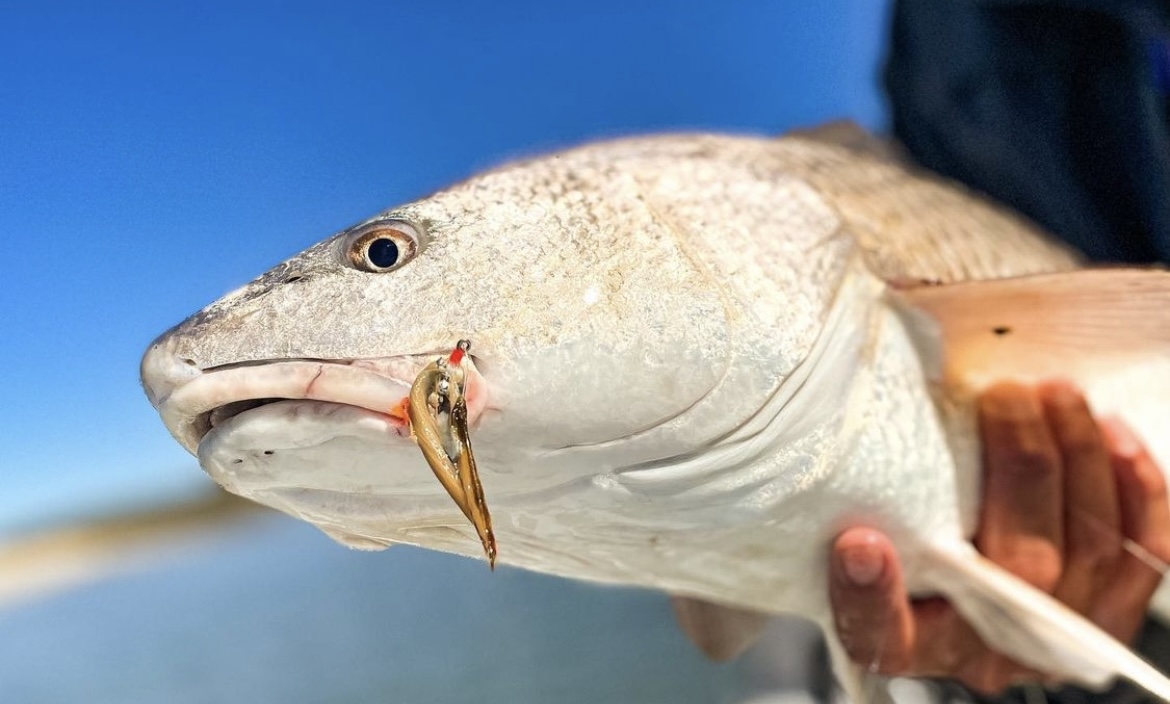 If you’re used to fishing with us in the warmer months you know that our water can have about as much clarity as a glass of chocolate milk at times. During the colder months there is less algae and overall nutrients in our water and therefore it clears up significantly which allows for better visibility from a distance. This year was no different as we had some of the cleanest water I’ve ever seen on the Carolina coast. At its cleanest point we were able to see the bottom in about 8 feet of water, felt like we were in the Caribbean at times (minus the tropical air temps… and lack of rum).
So how was the fishing? Well one word to describe it would be: visual. During the winter we find our redfish schooling up in larger numbers from anywhere to 10 fish to upwards of 200 fish in a single school. On a slick, calm day the water almost appeared to be boiling with the amount of fins and tails swirling around in the shallow flats. This kind of sightfishing, although visual, can be tough. The clean water not only allows us to see the fish, but conversely it allows the fish to see us better as well! The trick is to stay just far enough away that you can pick off some fish on the edge of the school without blowing the entire school up. If you chuck a fly into the middle of the school you might get an eat, but likely you’ll also blow that school up. When that happens it’s not necessarily "game over”, but it does make it significantly harder to come tight on a fish without giving them some time to calm down. Nothing worse than seeing those 200 fish swim right under your boat without being attached to the fly line! With the chillier temps the feeding slows down for these fish as well, so there were certainly better days than others. Some days there just aren’t enough flies in the world to trick a redfish in cold water and then other days it seems like you could catch one on a tennis ball with a hook. Feast or famine is a very, very real thing. The flies we were using varied, most often success came in the form of a small shrimp patterns in light/natural colors, think almost bonefish flies (hint hint). Presentation was as important as ever with the water clarity and the spooky nature of redfish in the winter, the more accurate and delicate you can be the better. Overall, it was a good month on the water for our guides, redfish were caught, redfish were lost, redfish were cursed at. 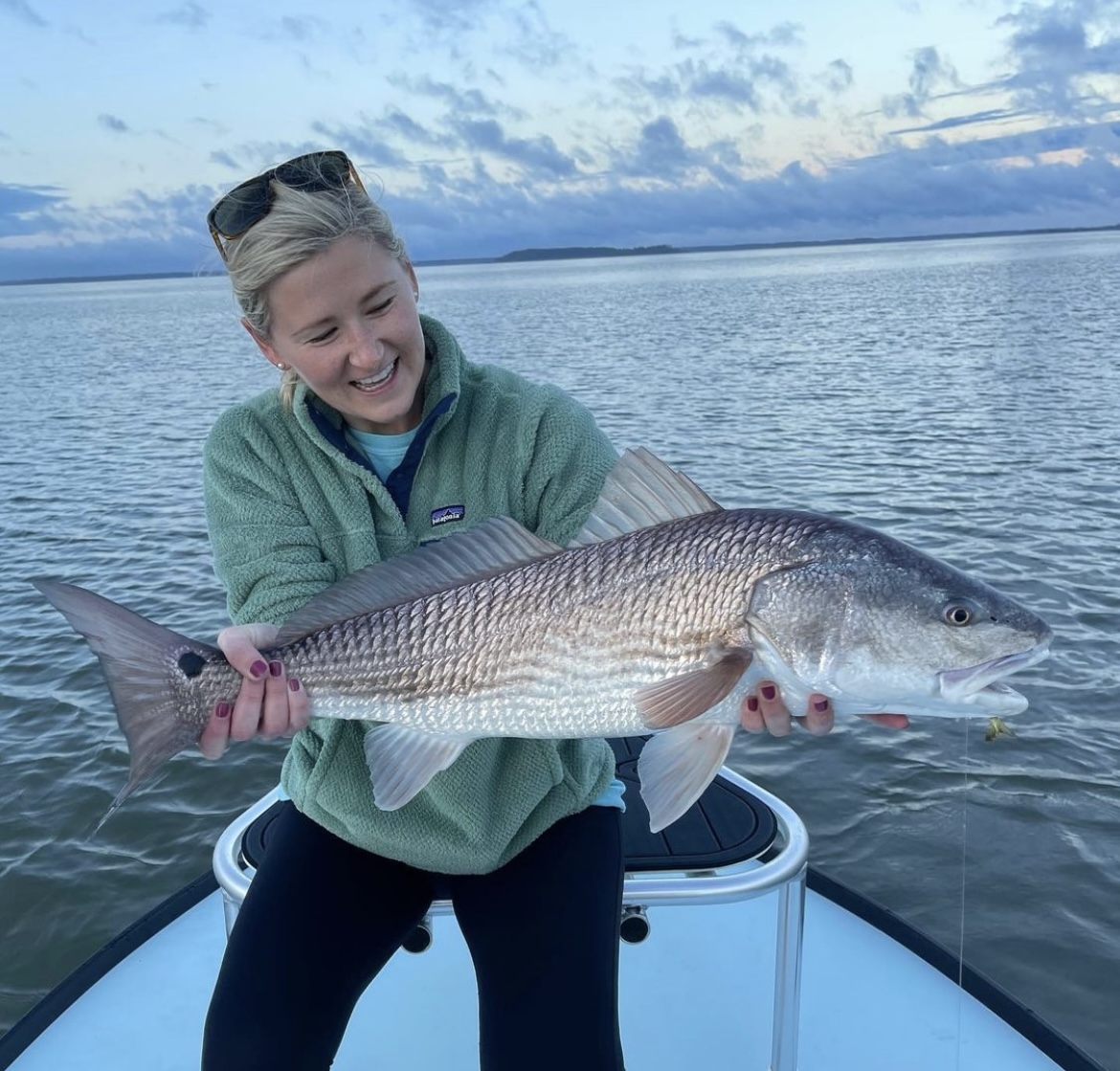 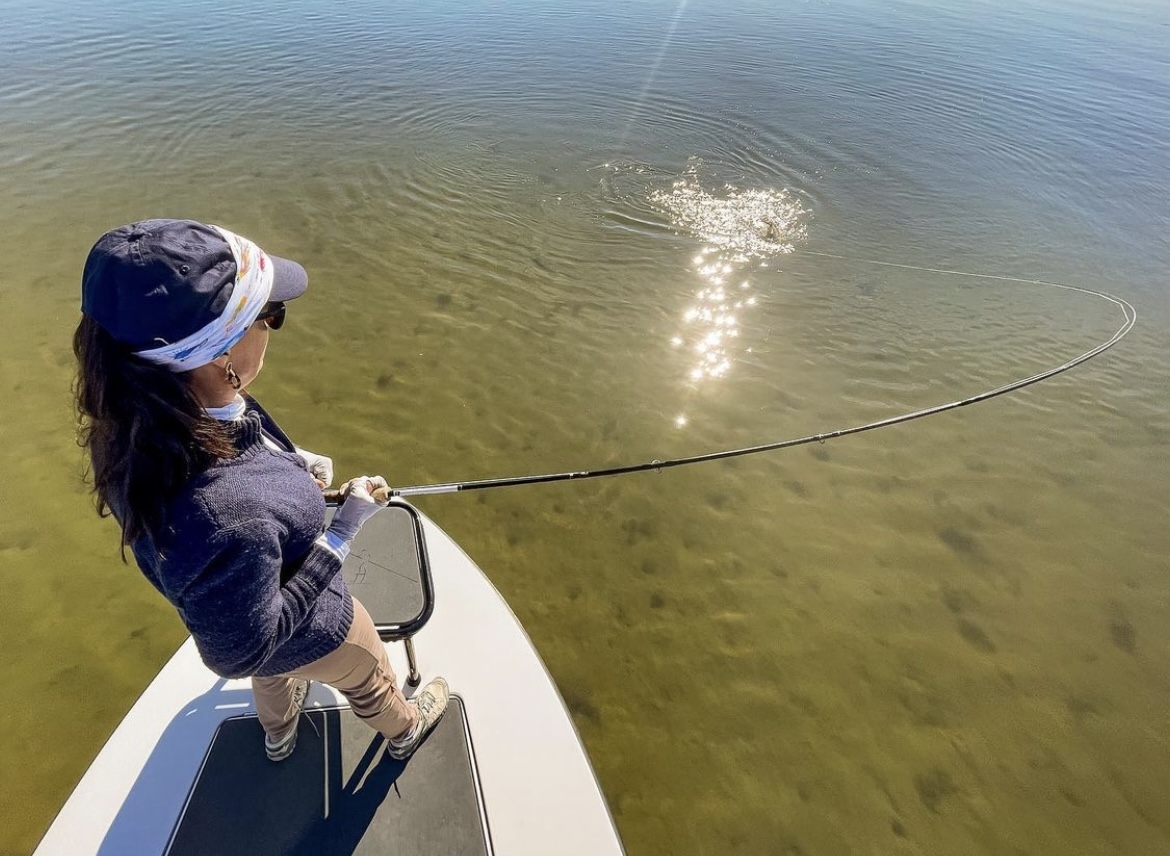 As we start to warm up both in air temperature and water temperature, we can expect our fishing to do the same. Flood tides and tailing redfish aren’t too far away and Cobia season is right around the corner. Say goodbye to the water clarity and the giant schools of tightly packed redfish. Those fish have begun to break out of the large schools and are in smaller schools of 10-50 fish, occasionally a single or double are seen cruising around and we can expect that to continue into the summer.
If you’re looking to get out on some of the action give us a call, send us an email, or reach out on social media, we’d love to show you around our fishery! 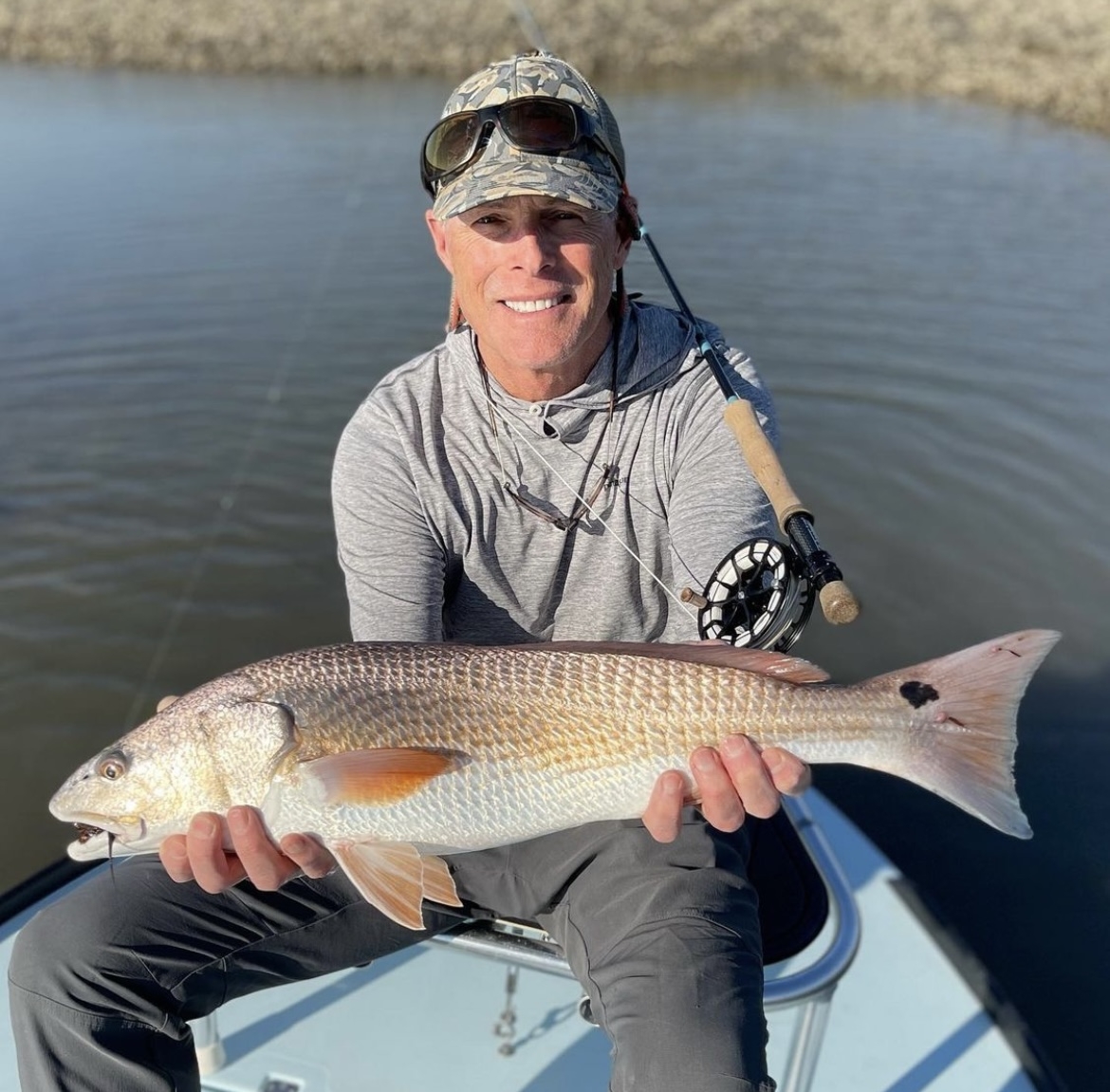 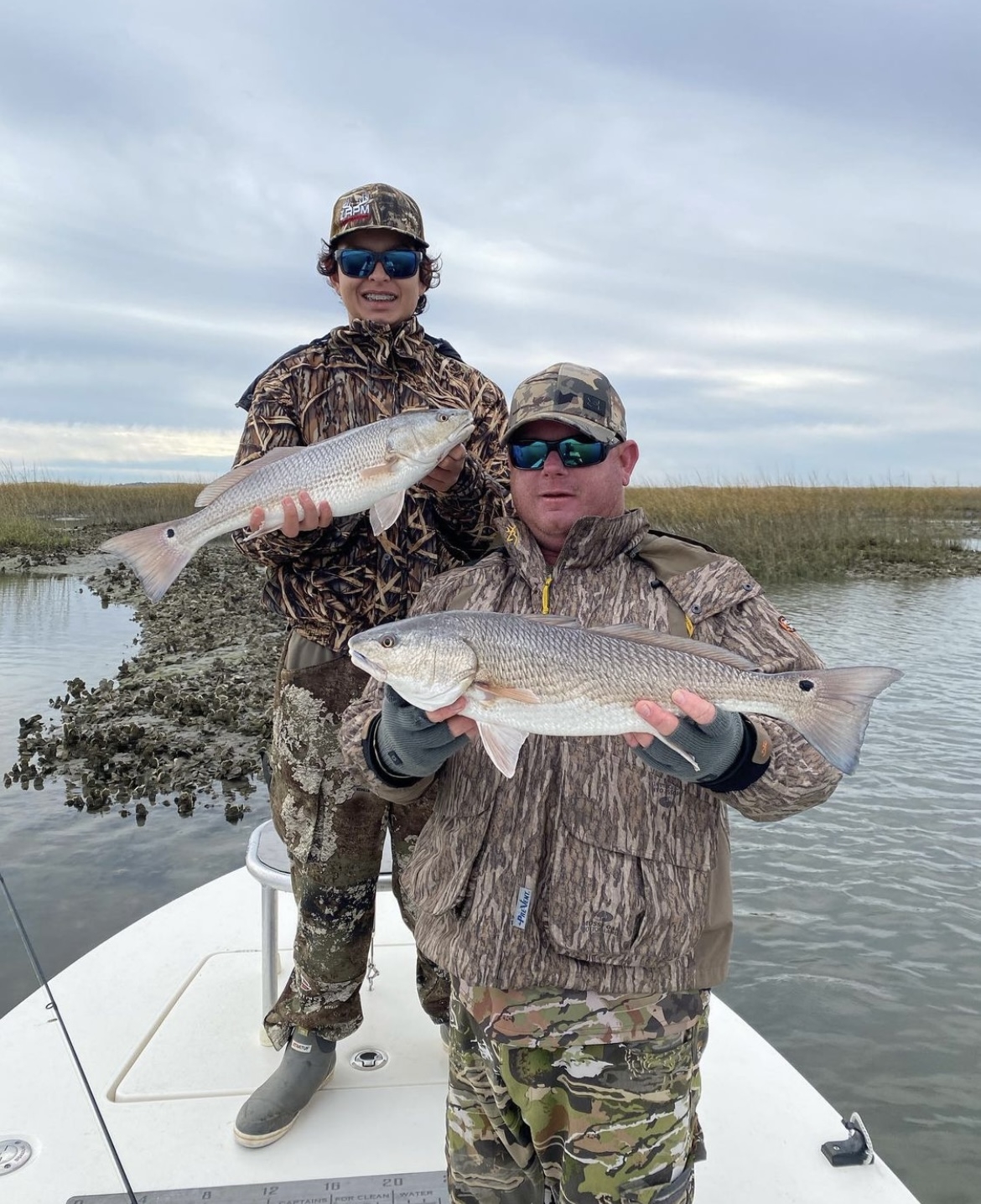