Fall is finally in the air here in the Lowcountry of Beaufort, SC! October here in the Lowcountry is always one of our favorite times of the year because of the cooler weather, clear water, and of course happy fish! Whats so great about the month of October is how aggressive the fish are when feeding as if they know winter is coming and its time to fill up on as many shrimp and crabs as possible! This October was another one for the books with plenty of great weather and great tides. Its always a nice feeling waking up to 60 degree weather instead of 80!
Our guides saw plenty of action during the flood tides for tailing redfish and even a few days hunting clapper rails during the big moon tides. These moon tides can get as high as 10ft and provide a great timing event to be able to hunt clapper rails. We call it the "Cast N Blast" and has become very popular through out the east coast. Pretty hard to beat the excitement of pulling the trigger and casting a fly during the same day on the bow of a flats skiff. Low tide fishing was also full of excitement with fish still in there late summer patterns with the warmer water. Small schools of fish and even a few still cruising around with there backs out of the water!
We started to finally get some cooler weather during mid October which really turned on the Bull Redfish and Speckled Sea Trout bite on light tackle. Following the first cold front was also cleaner water which makes sight fishing during the low tide even better. During the last 5 or 6 years we have noticed that our cooler weather tends to start more toward the end of October which makes great fishing all winter long! Give us a call or book online to reserve your next day on the water here in the Lowcountry of Beaufort, SC! Below are a few photos from our Orvis Endorsed Guides 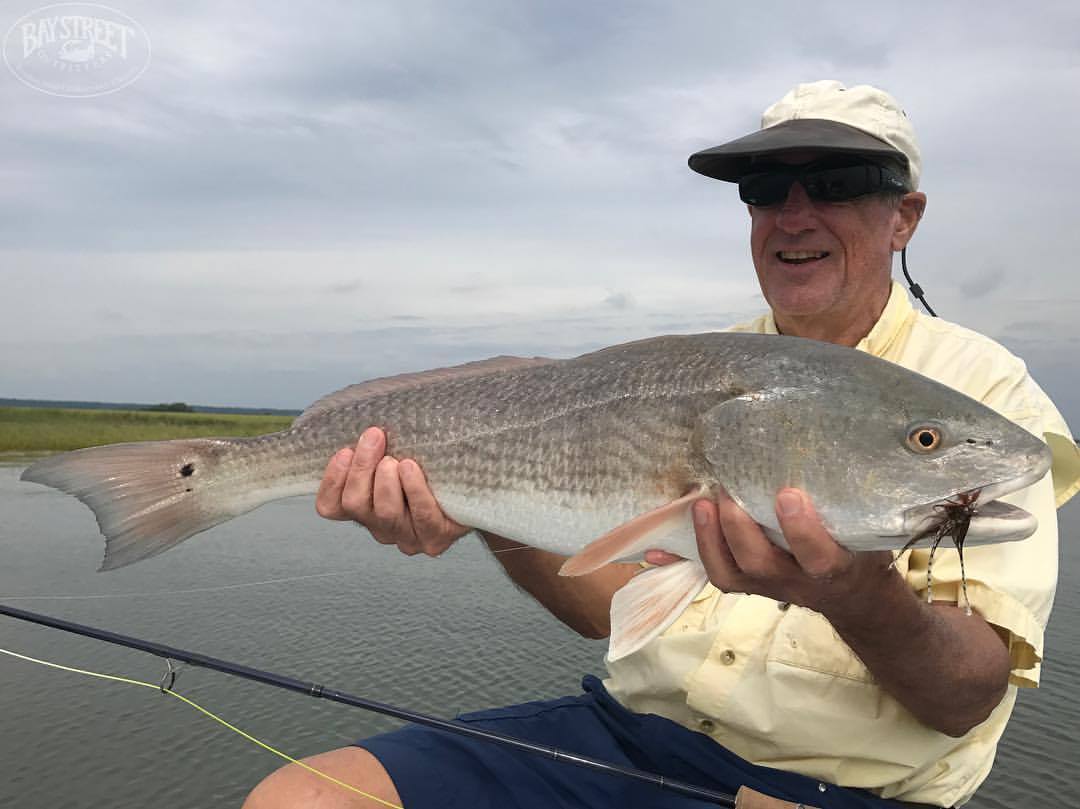 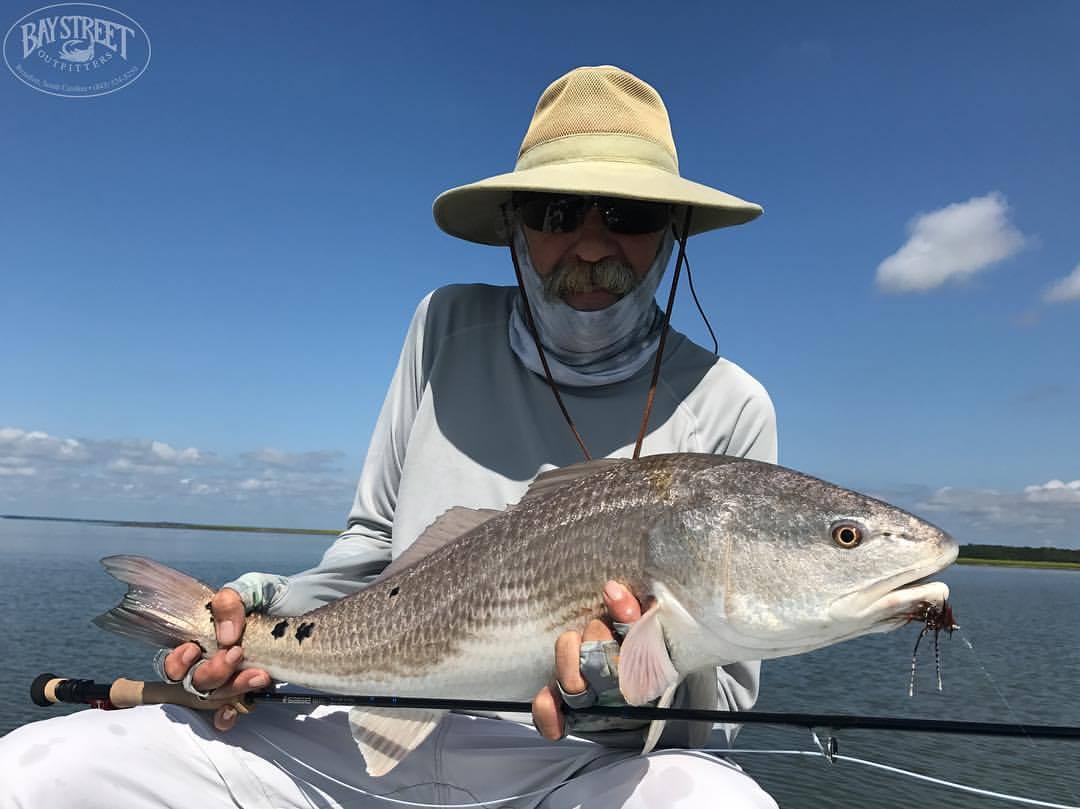 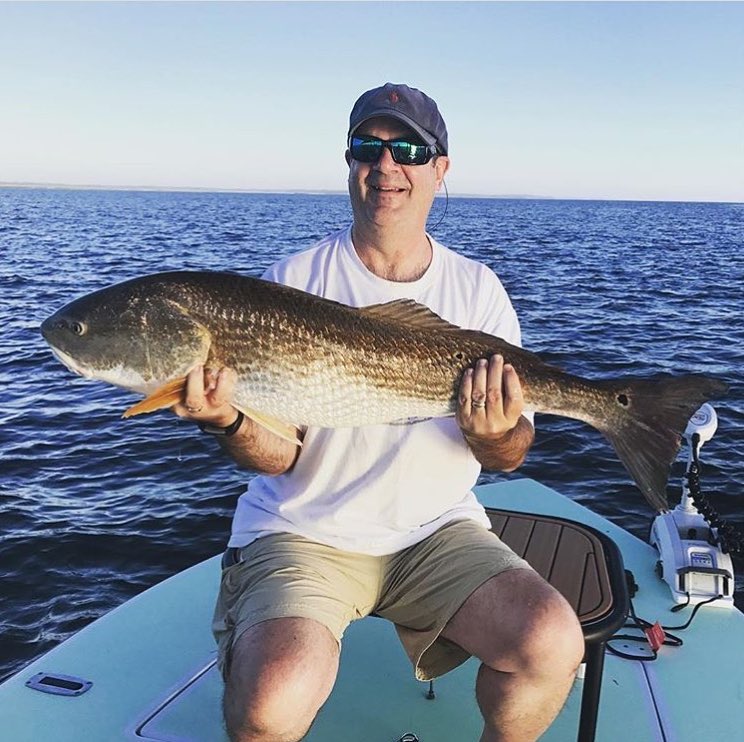 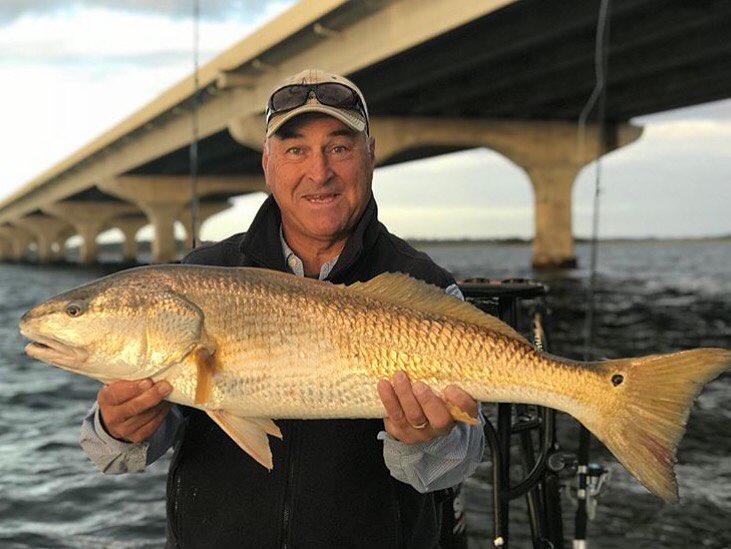 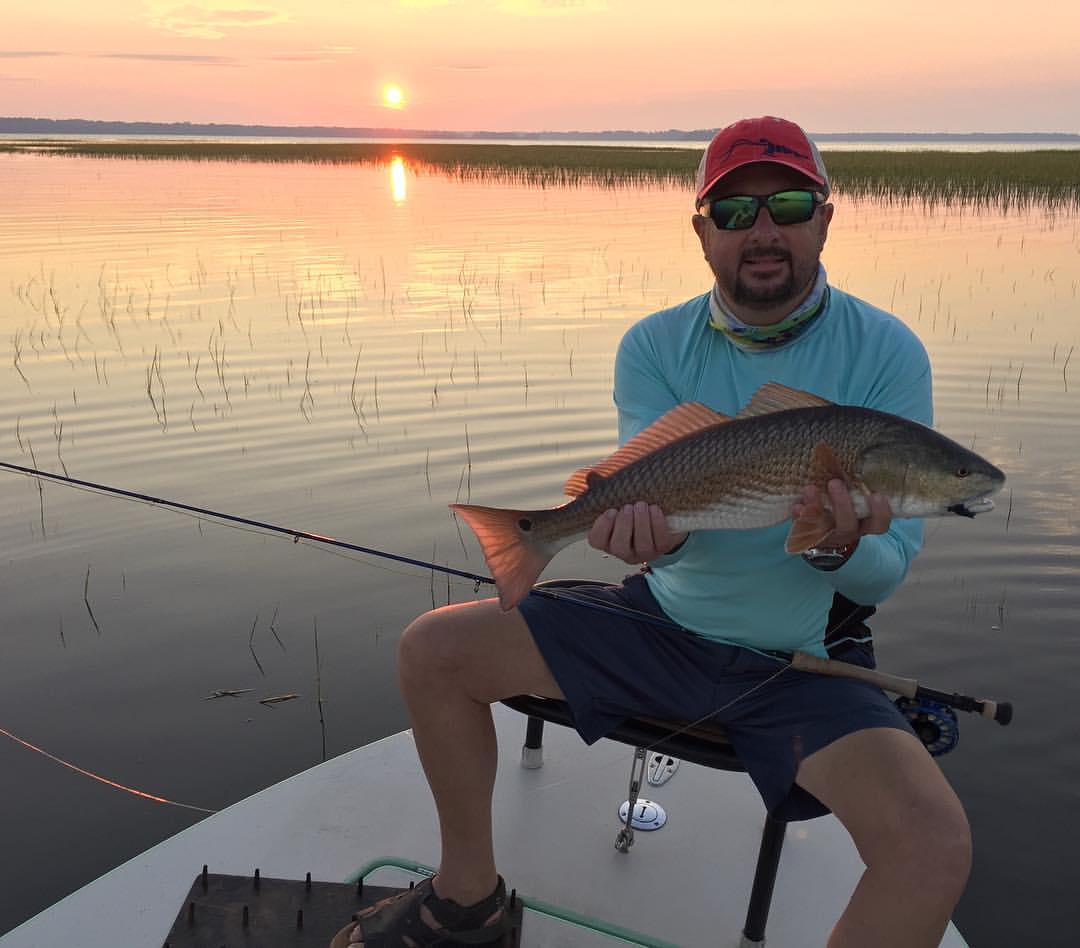 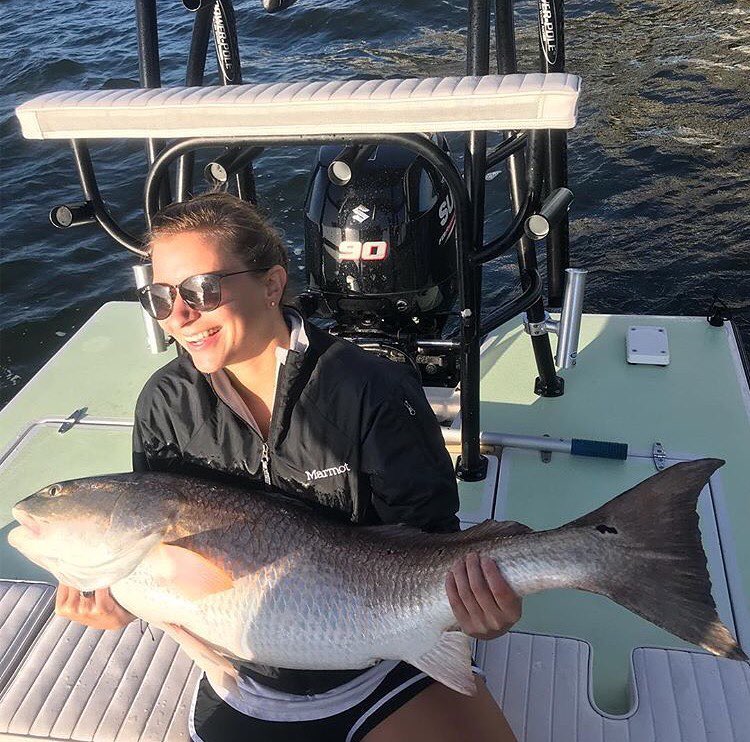 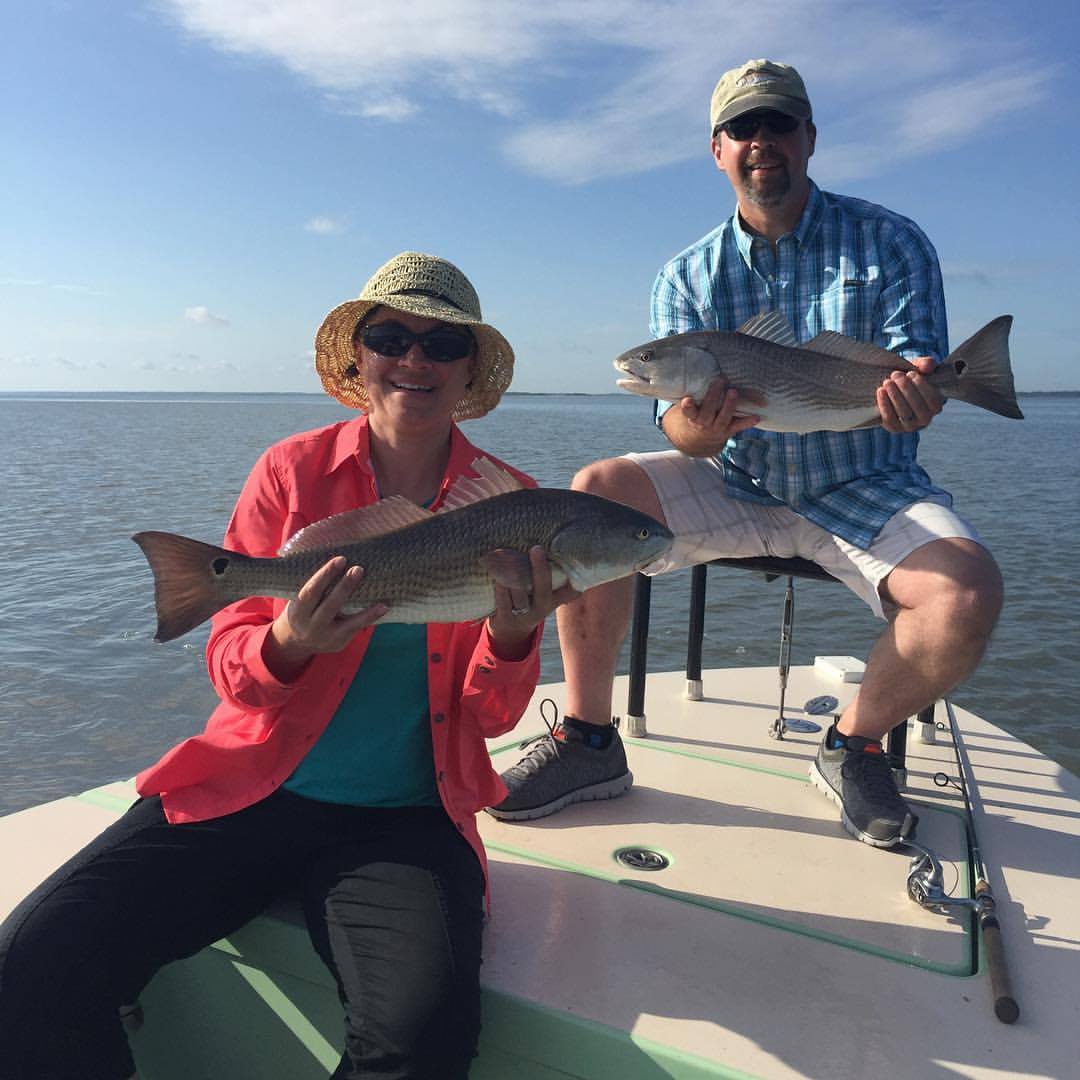 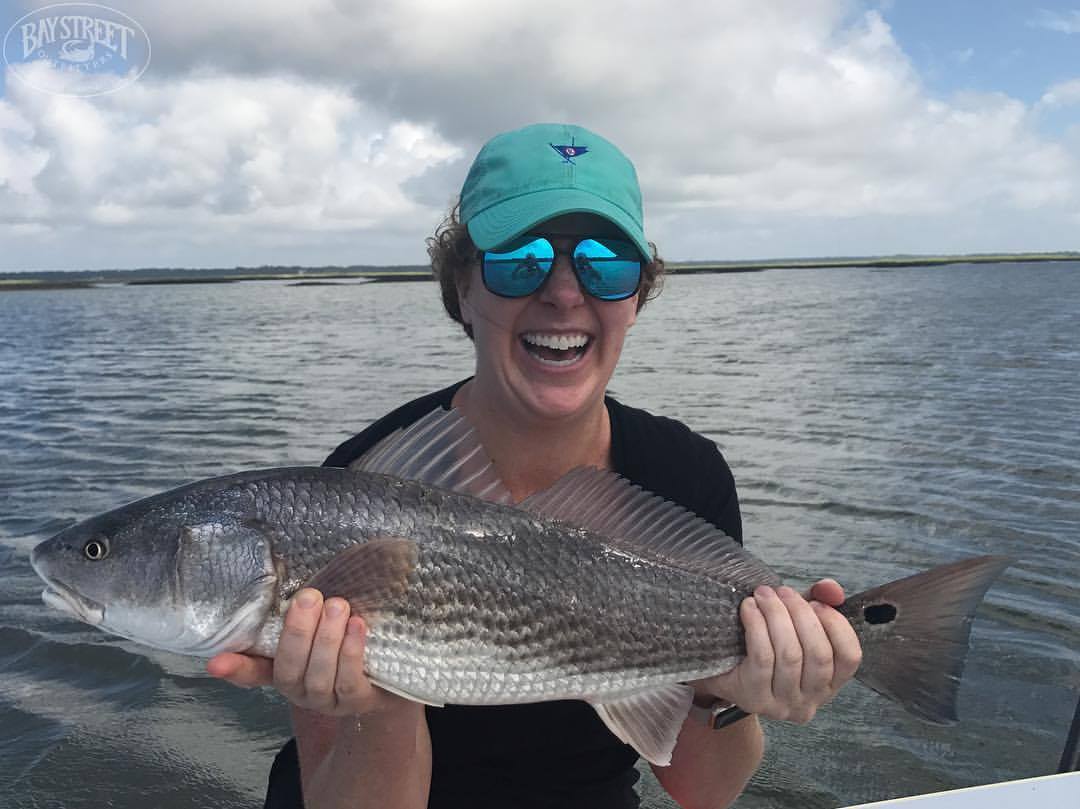 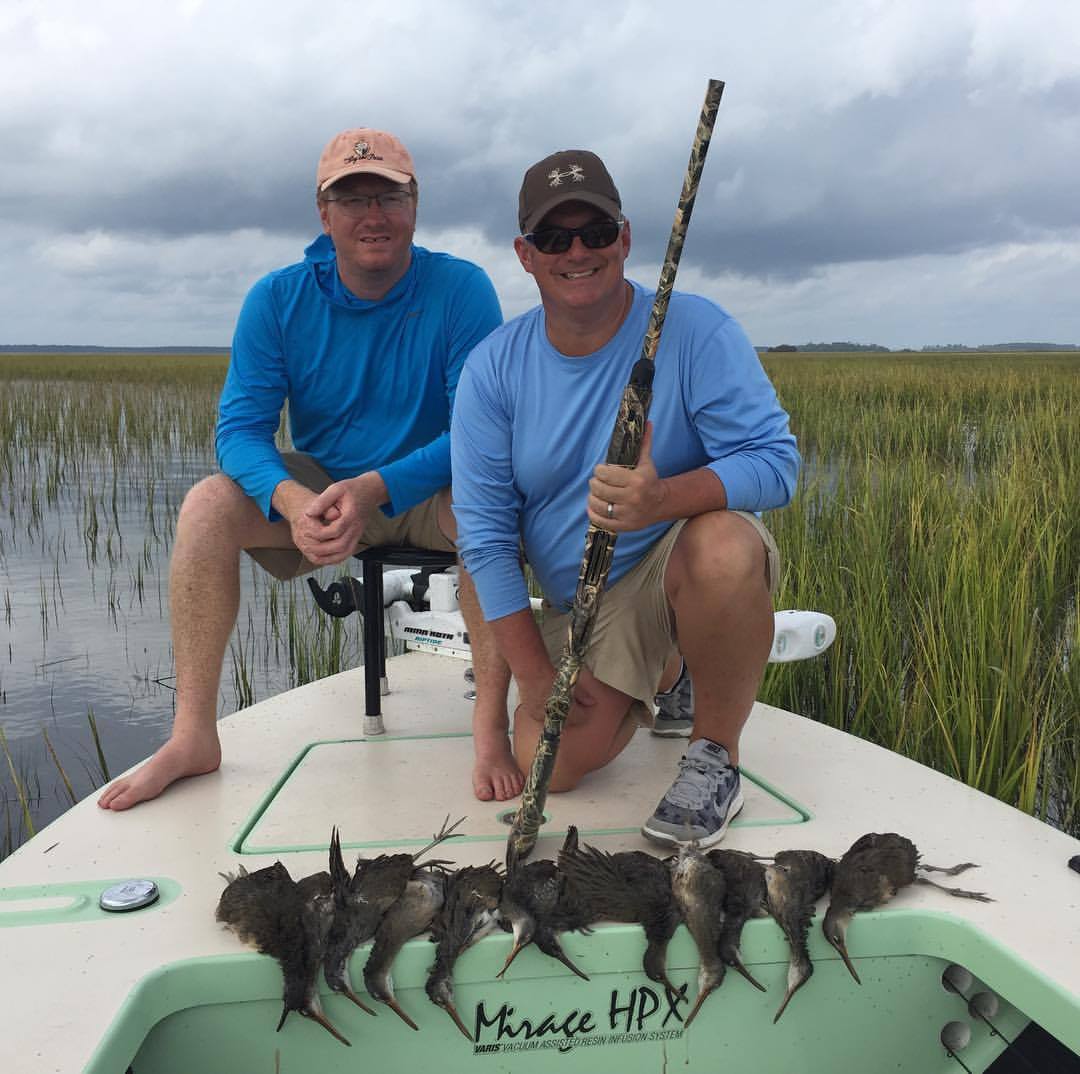 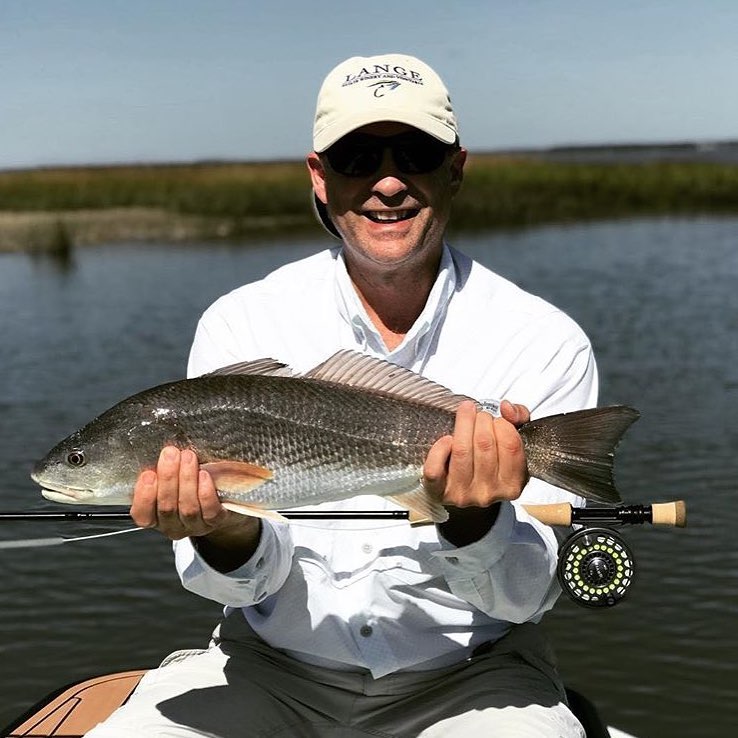 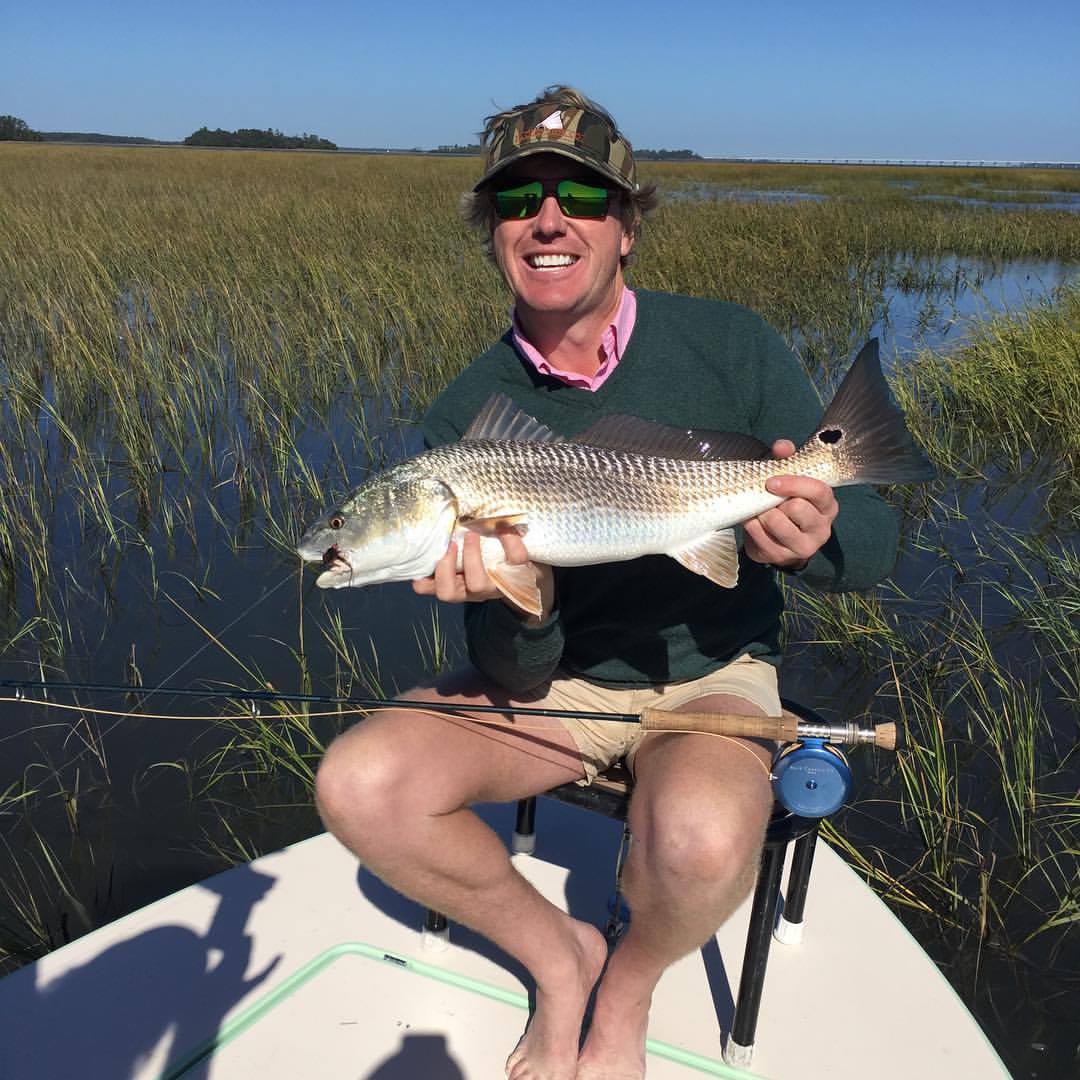 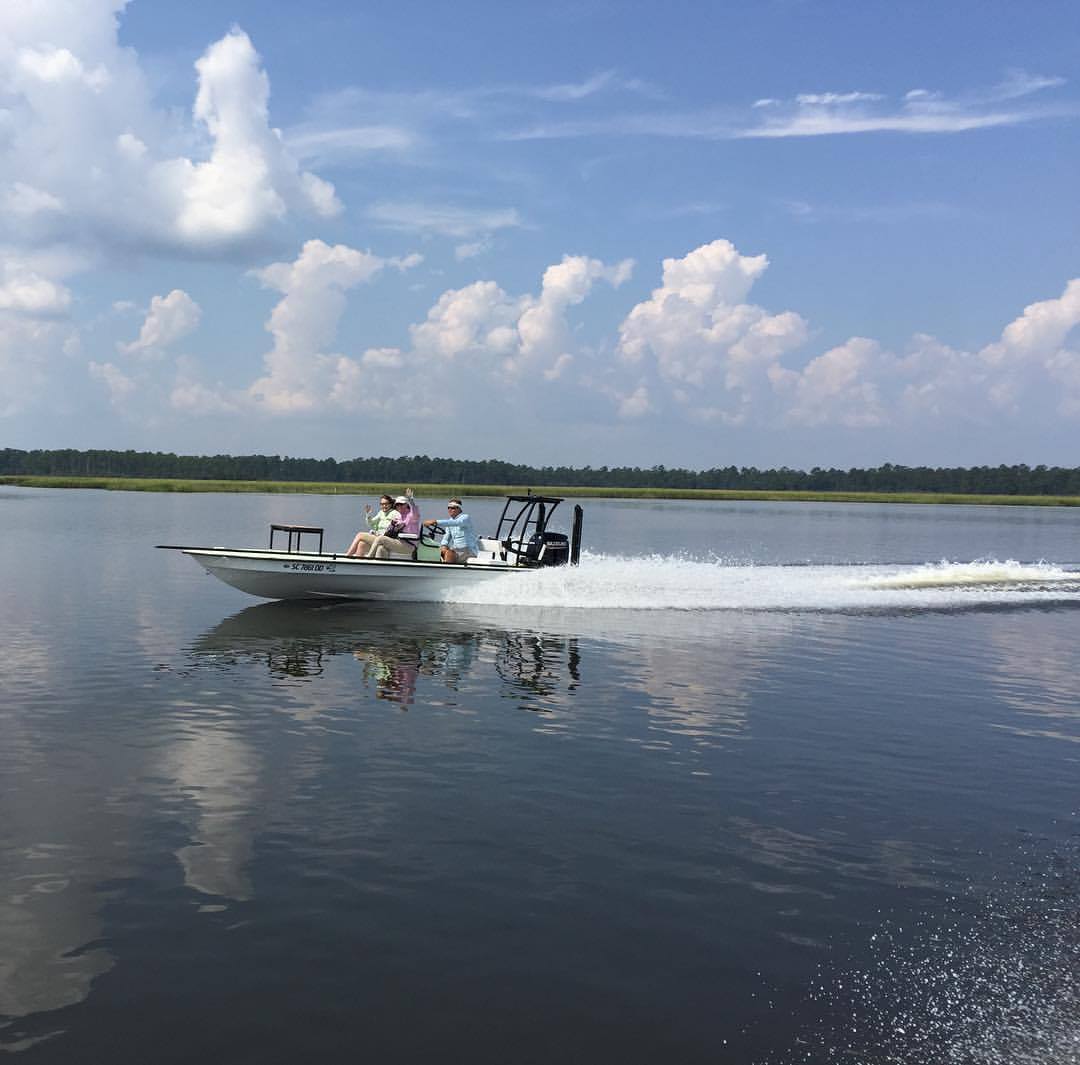 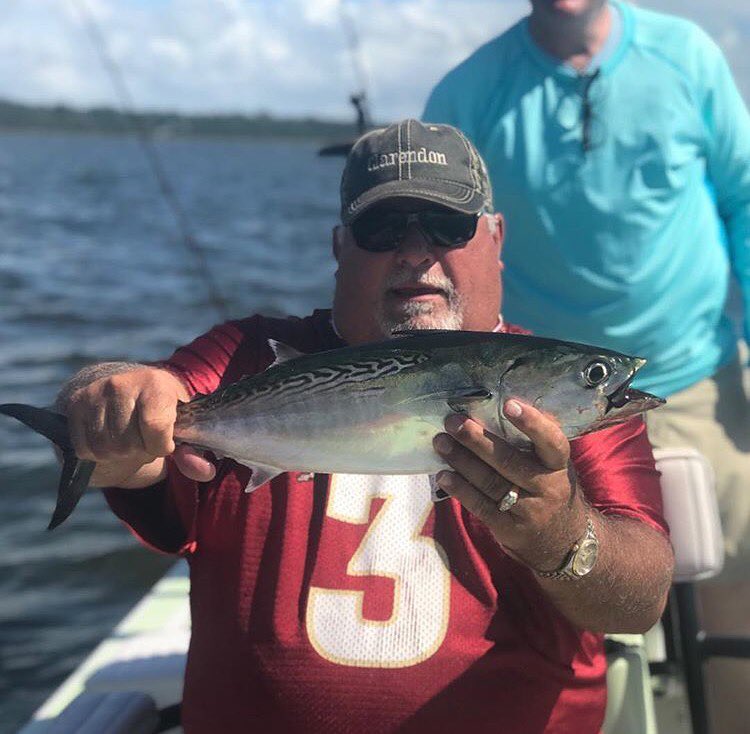 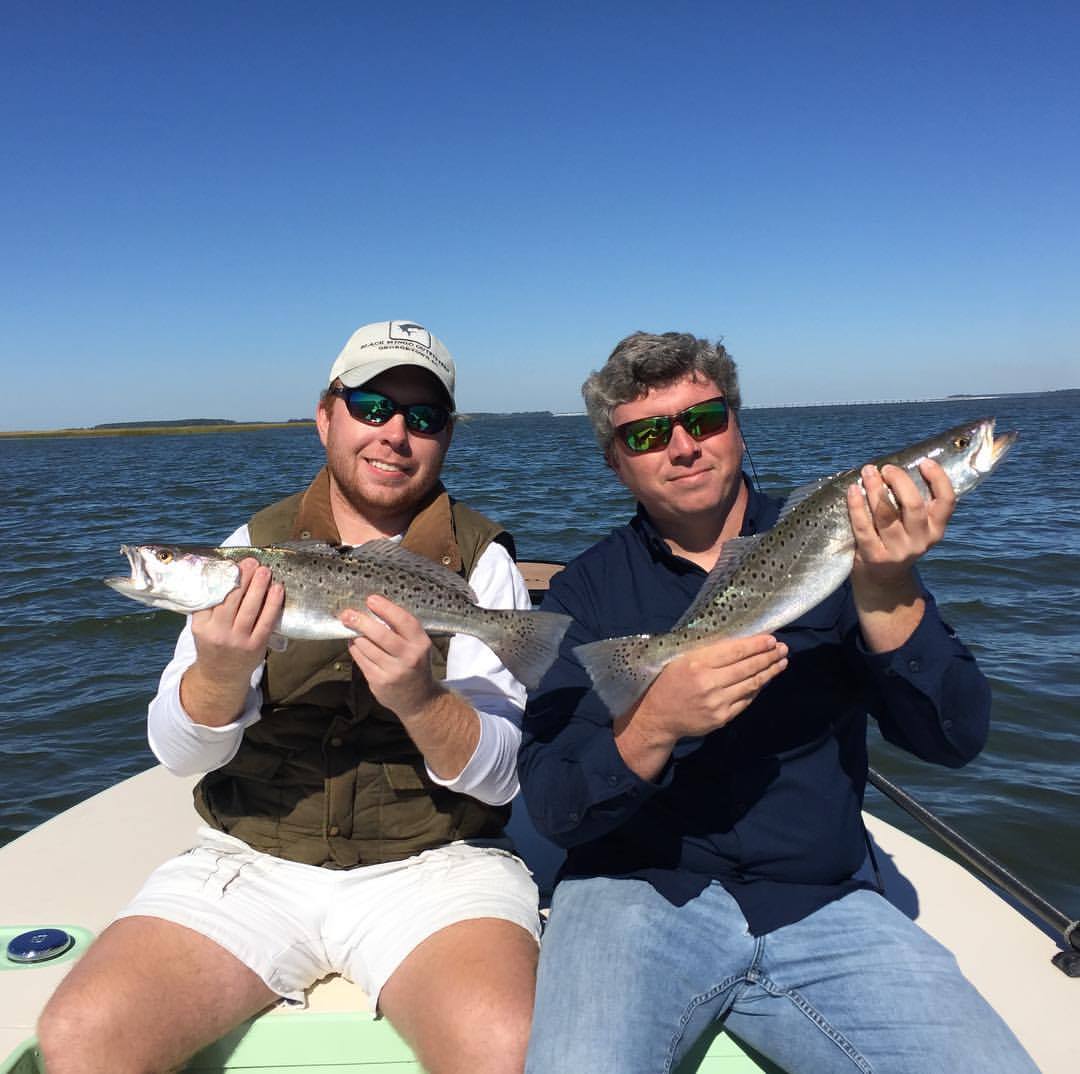 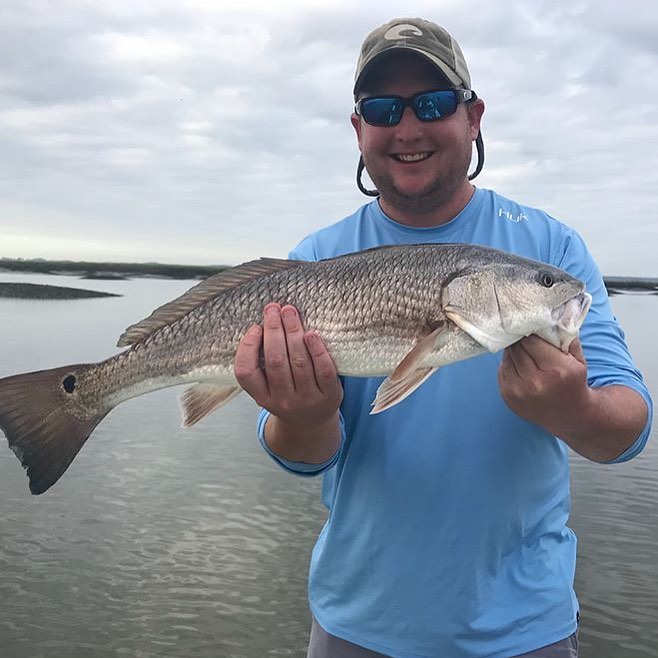 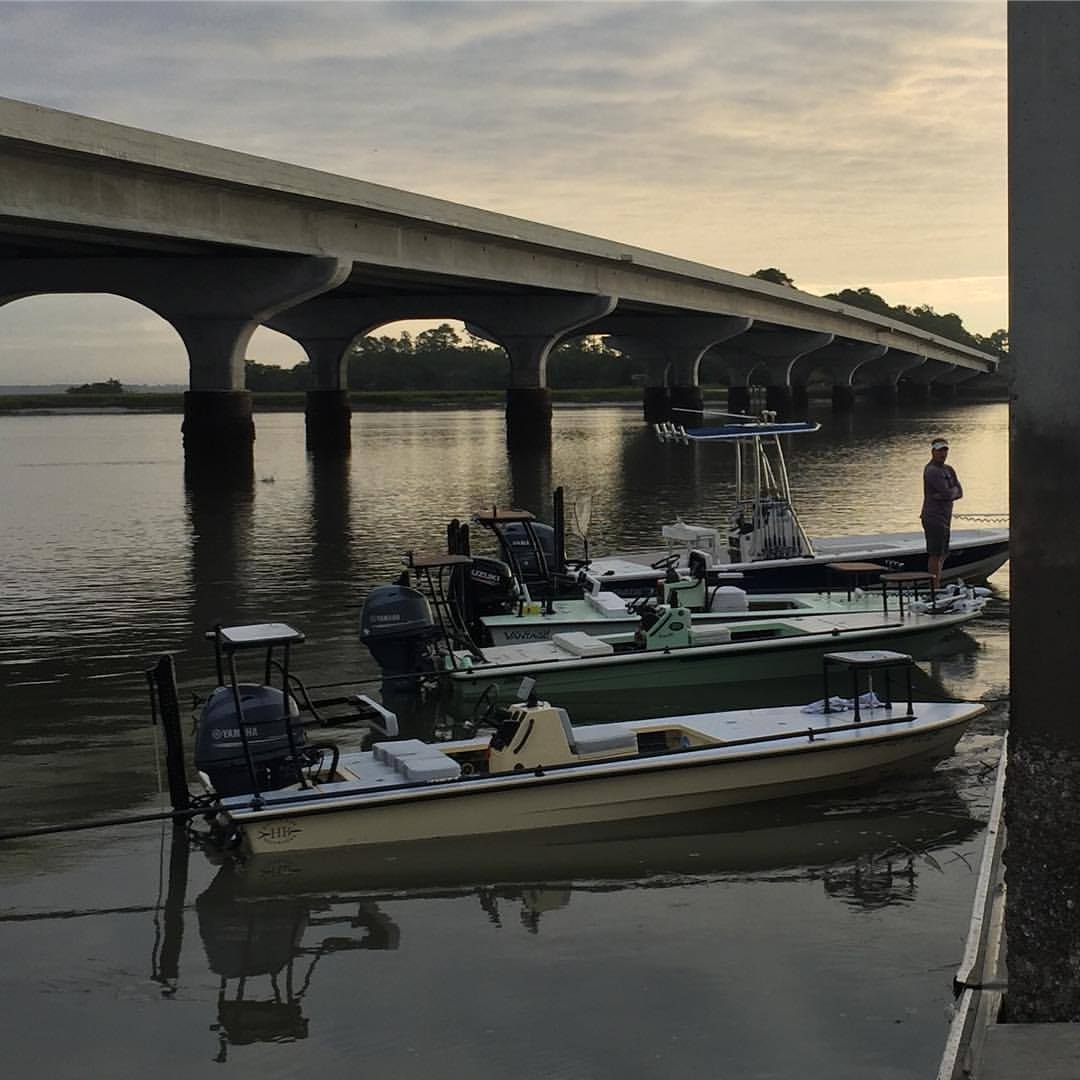