The 2017 Cobia Season proved to be one for the books! Our Cobia population was in decline the last 3 or 4 years showing less numbers and smaller size fish each year. South Carolina Department of Natural Resources decided to put a closure to the season in 2016 and also in 2017. With this closure it allowed catch and release only. This news was music to our ears and proved to show a strong return of our beloved Cobia here in the Broad River of Beaufort, SC. During the 2017 season our guides saw a strong return of numbers. With that being said on a good condition day all of our guides were constantly having great opportunity at Cobia with Fly and Light Tackle anglers. 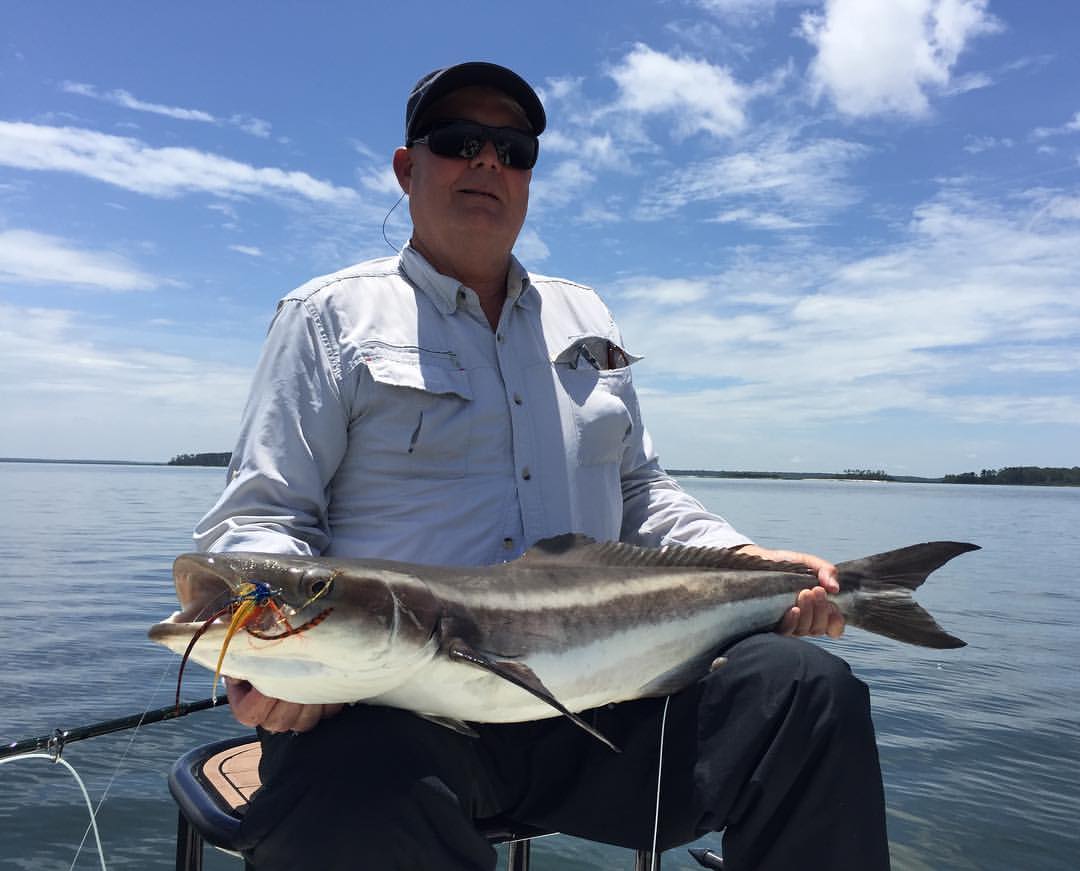 Having multiple shots during good conditions showed a very good sign that the closure DNR put in place was really showing a strong impact on the future of our fishery. We noticed this season that the numbers were very high when it came to seeing fish but the size of the fish were down. When I say size of fish I mean the actual weight of an average fish that our guides are seeing and catching daily. The usual size is around 20-30lbs with a smaller fish being under 20lbs, and a larger fish being over 30lbs. We saw a lot of fish between the 10-25lb range and not many fish over the 30lb range. With that being said it shows that the numbers were truly down and that large numbers of smaller fish are showing a great return for the future with catch and release.
It was a huge relief to know that the 2017 Cobia Season showed strong signs of improving our fishery. Its truly amazing what SCDNR has done as well as everyone else including CCA South Carolina that helped put these laws in motion to save our fishery. Scientists are learning more and more each day about the Cobia and even started tagging fish this season to help gain more knowledge of returning fish in 2018.
Our favorite flies for Cobia are the Flashtail Whistler and Sea Reducer. Both of these patterns are full of color and flash, with big ole hooks for Cobia. Below are a few pictures from our guides during the 2017 season! 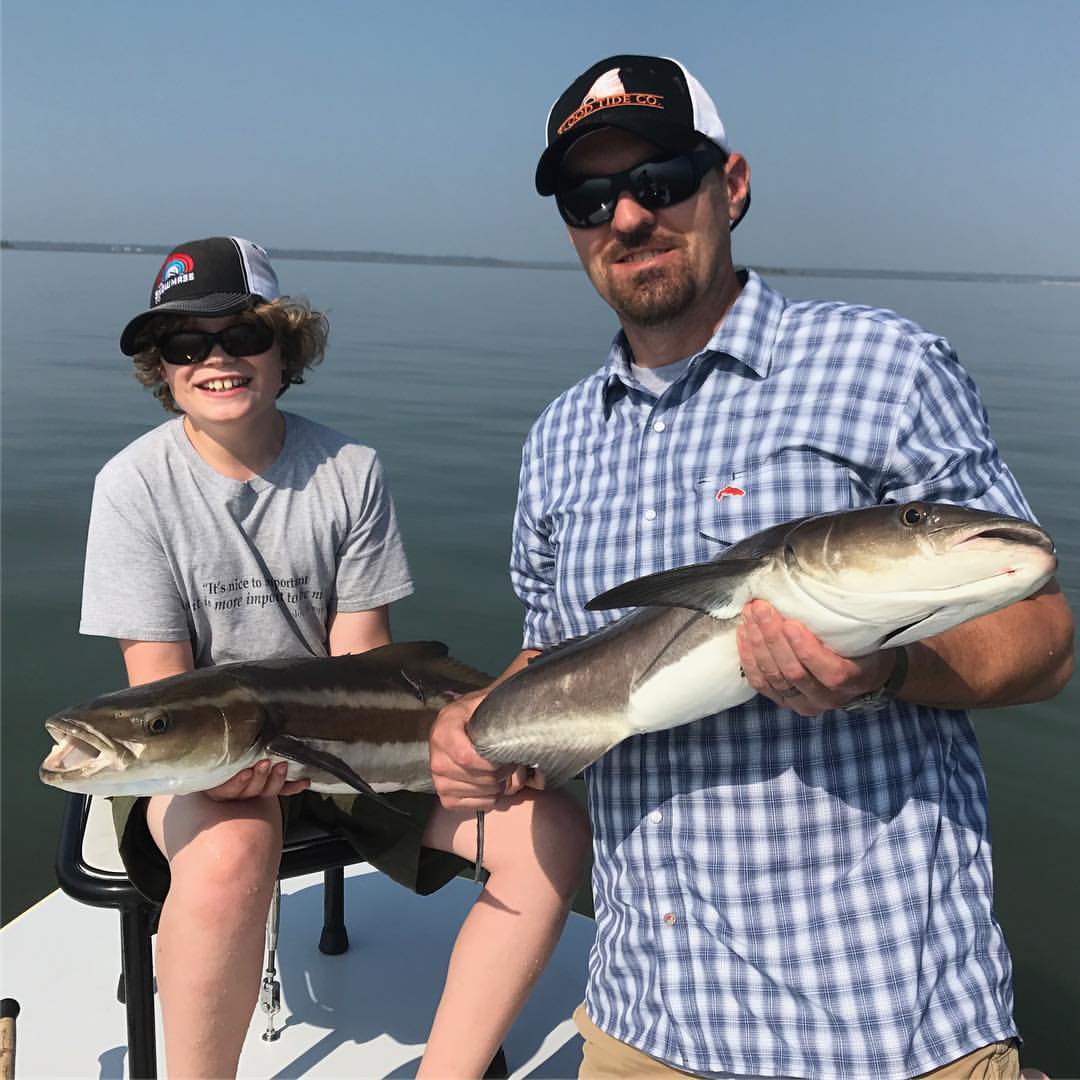 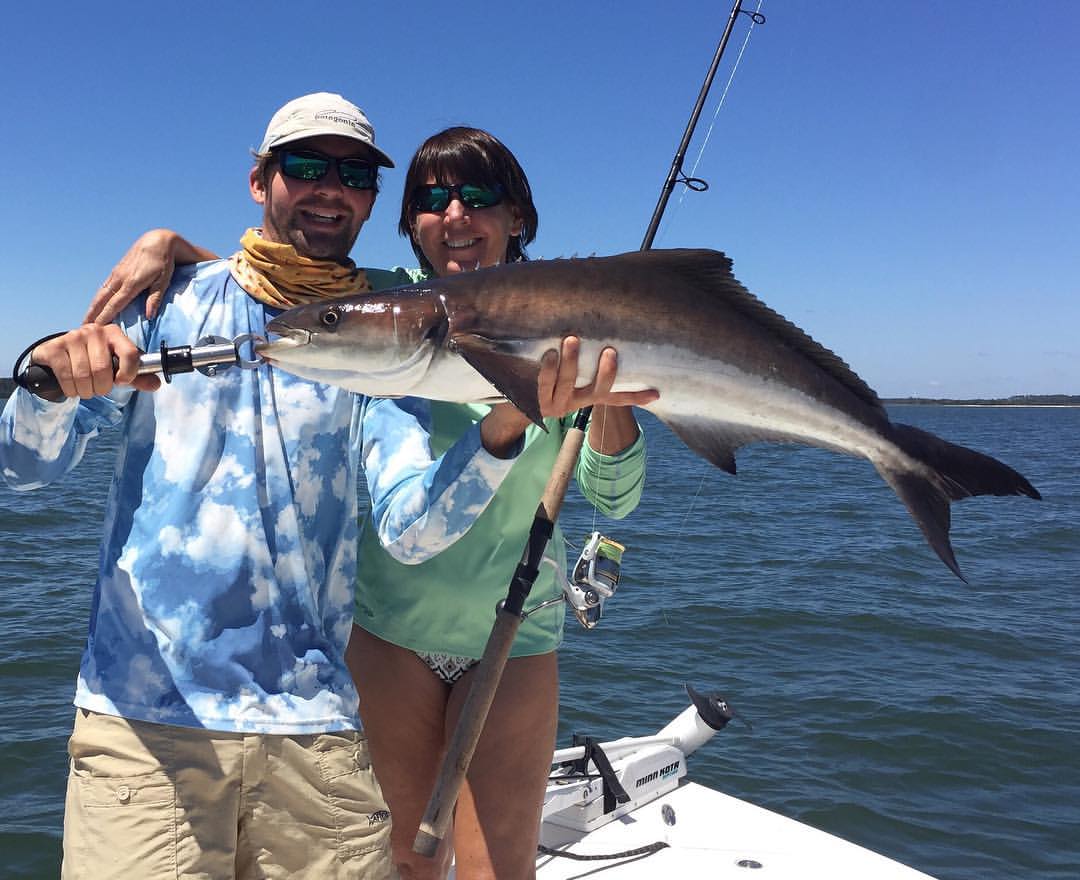 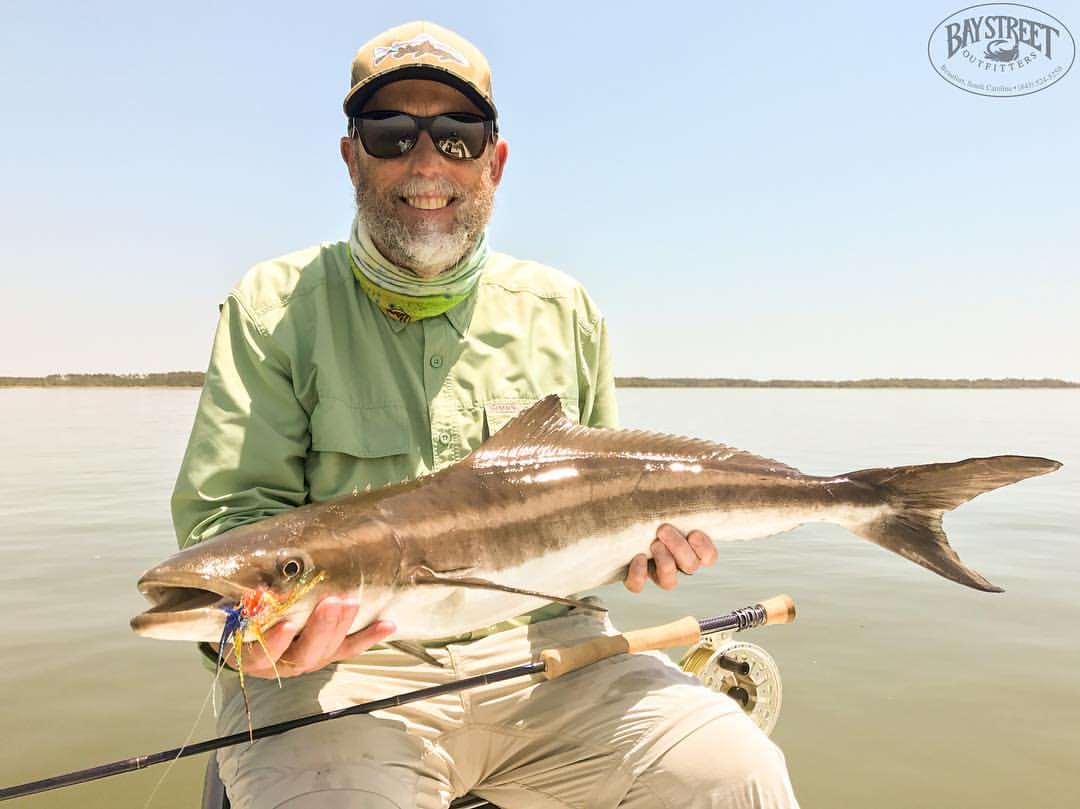 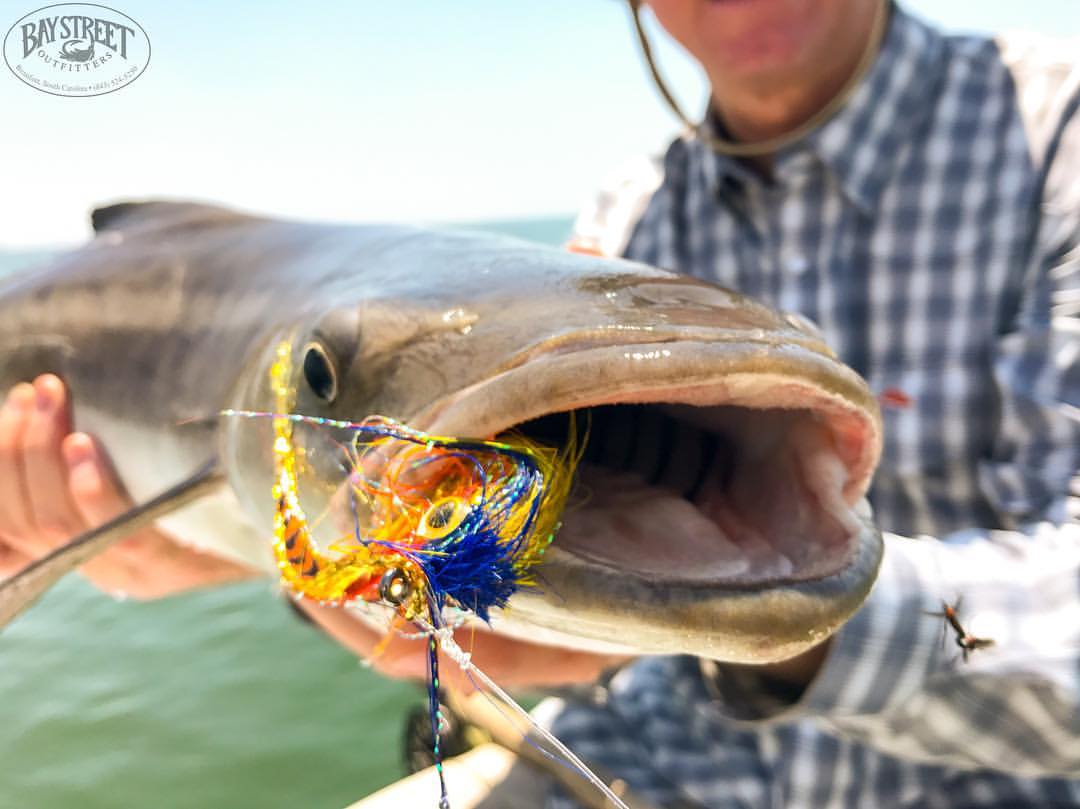 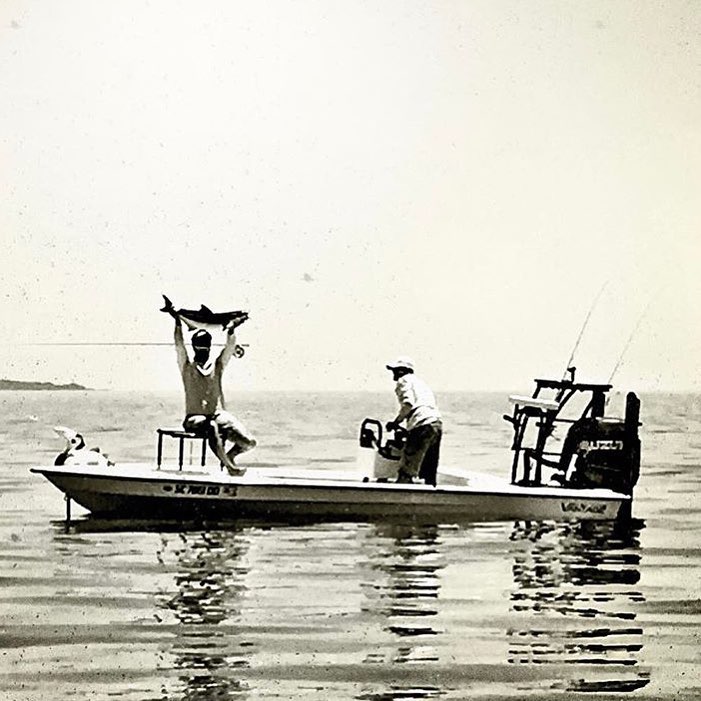 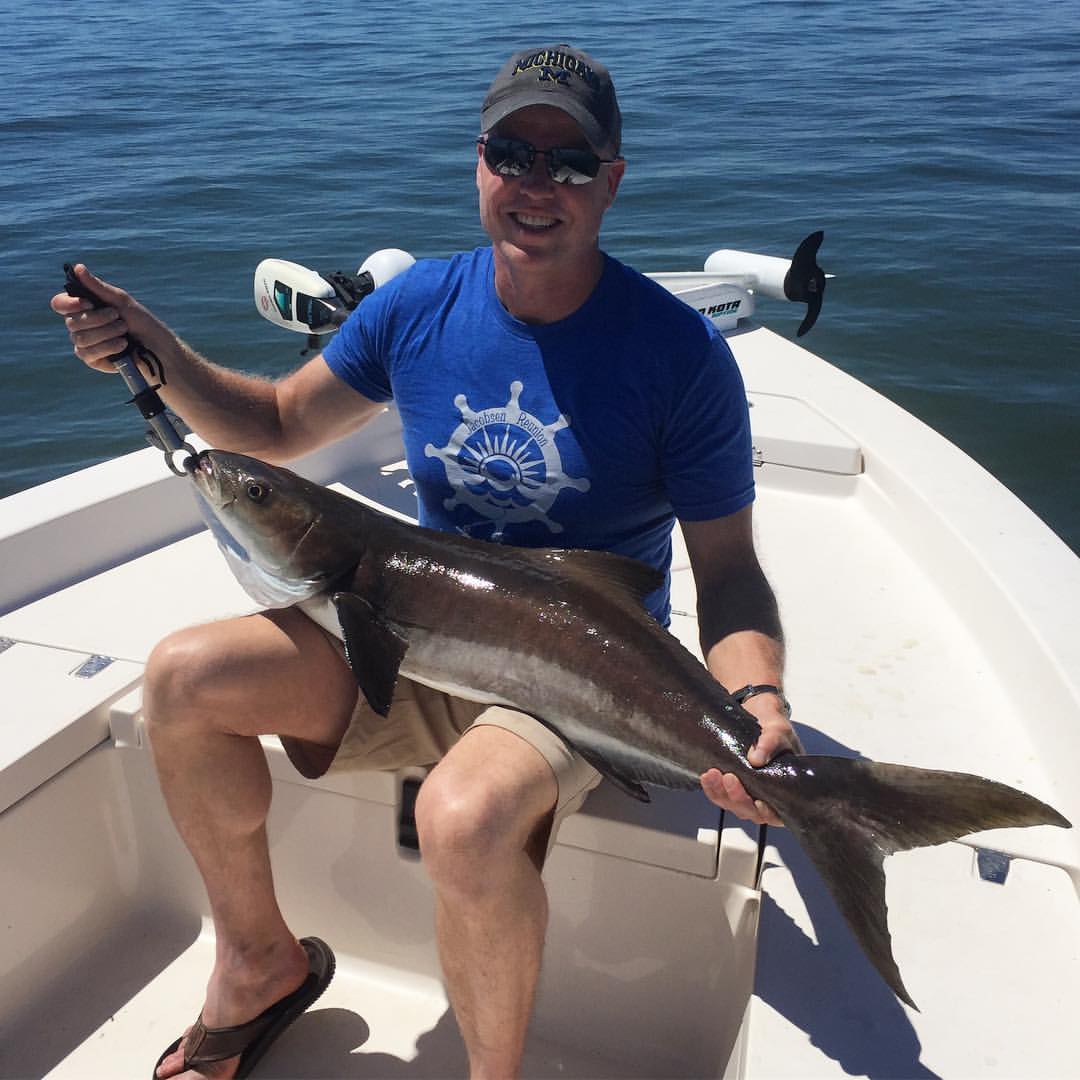 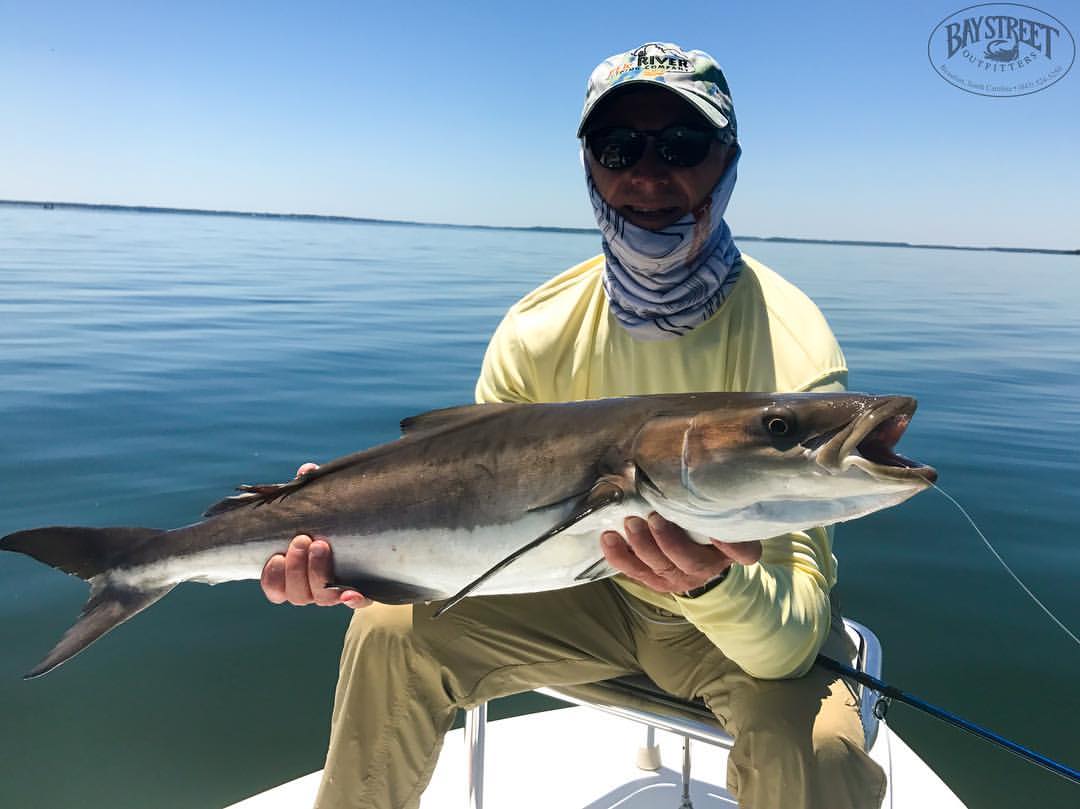 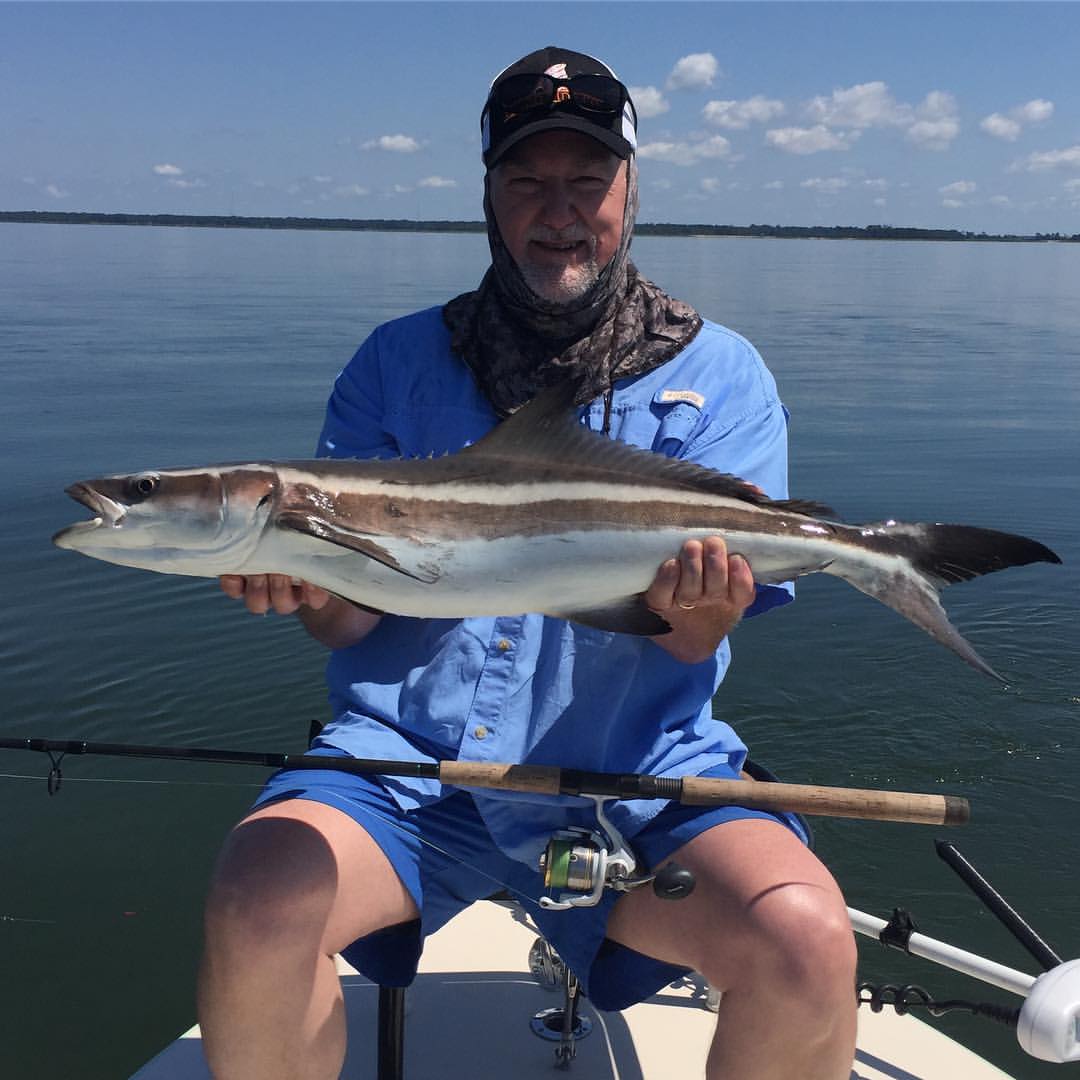 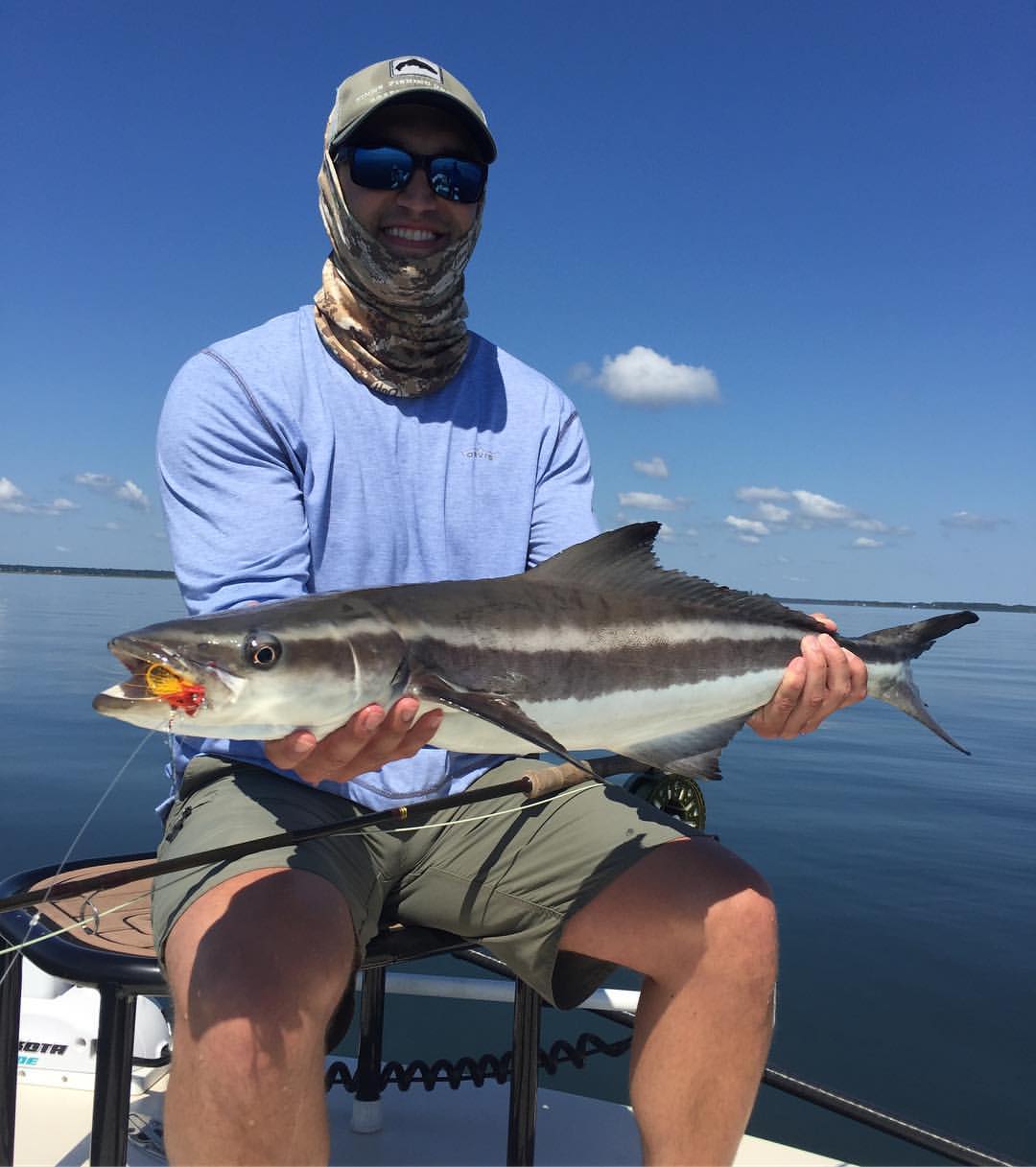