After a long, decently cold, and very dry spring, it’s finally starting to feel like summer around the Lowcountry. Ok, I know summer doesn’t "officially” start until June 20th but once I see a heat index pushing 90 and some sunburnt tourists walking into the shop, I think summer has arrived. Overall the fishing was slow to get going, February, March and even April saw very cool evening temperatures and we had quite a few days where the wind was blowing too hard to even take the boat out, let alone throw a fly. However, the fishing has since picked up significantly and we are consistently finding fish on both the high and the low tides. The water temperature hovered in the high 60s for what seemed like an eternity and now it’s about 76 degrees and we can expect it to continue to rise throughout the summer. 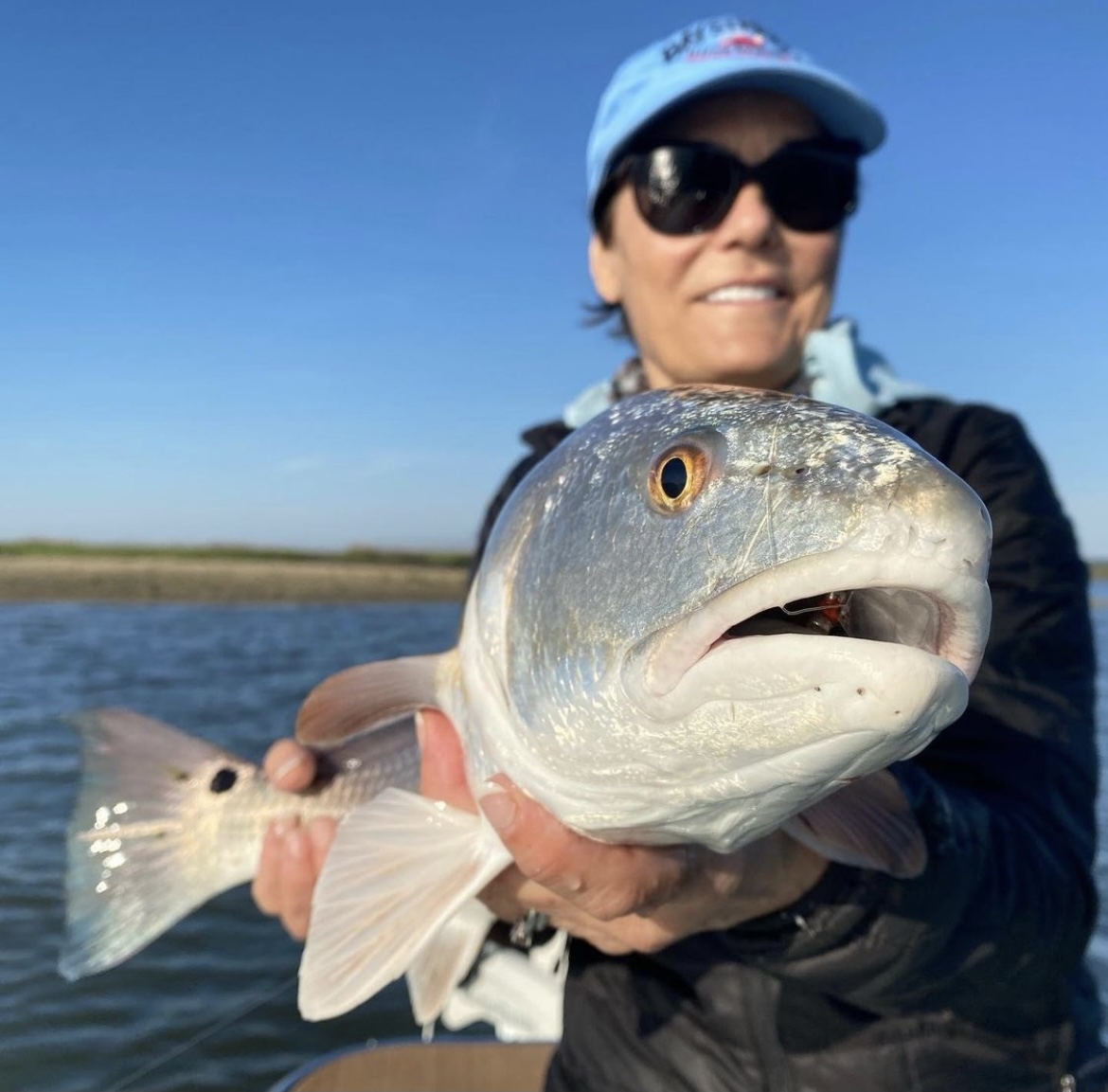 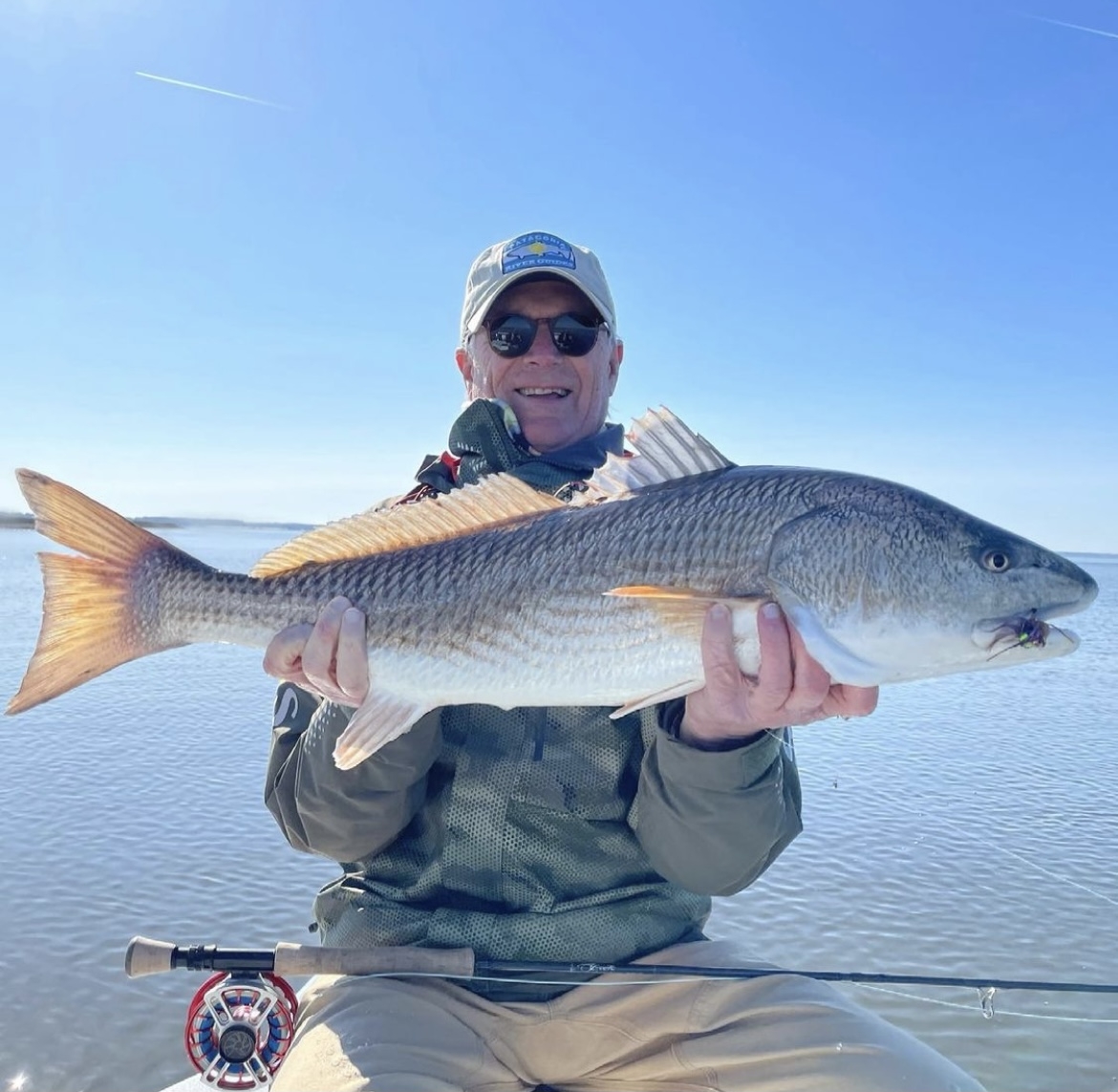 Sharks and rays have arrived by the masses, Cannonball jelly fish (jellyballs) made their appearance in May but their numbers are starting to decline now, and there are a decent number of Loggerhead and Green turtles being seen. The bait is thick inshore this time of year as well, tons of mud and glass minnows, shrimp of all sizes, blue crabs and stone crabs are being caught in traps and seen on low tide, mullet and other baitfish can be found in just about every creek or flat that has water and it’s fiddler crab galore on our mud flats at low tide. 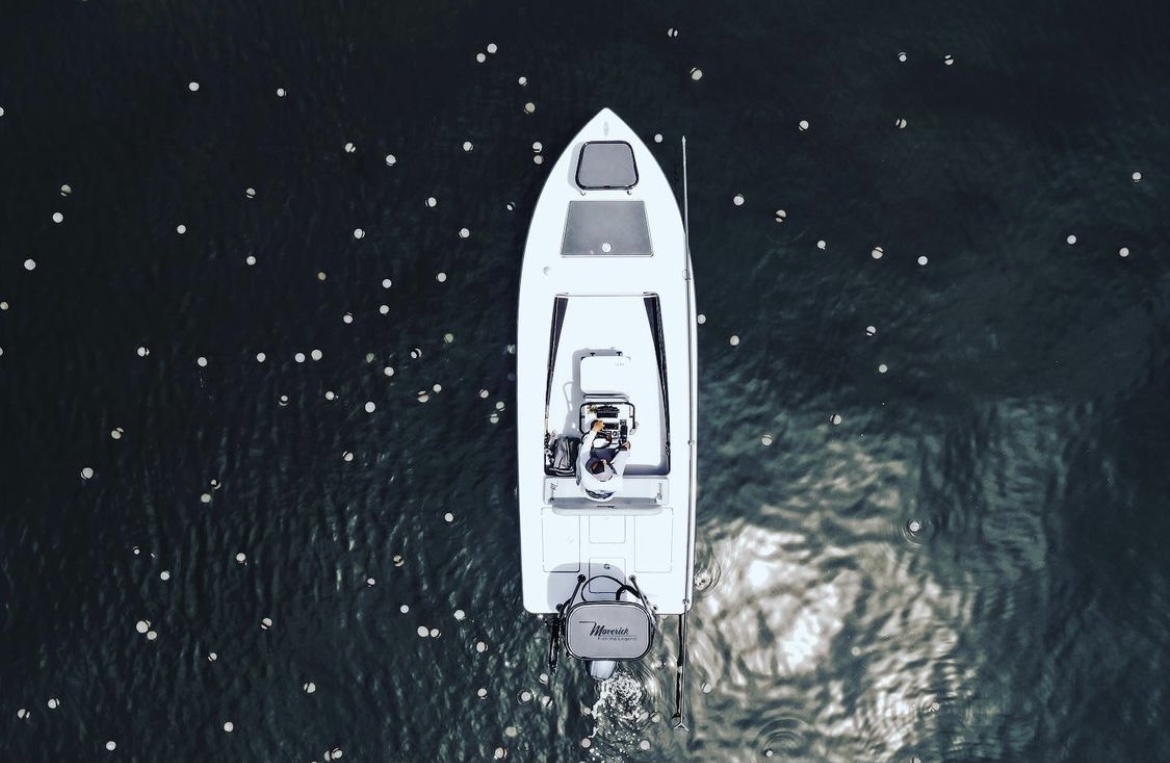 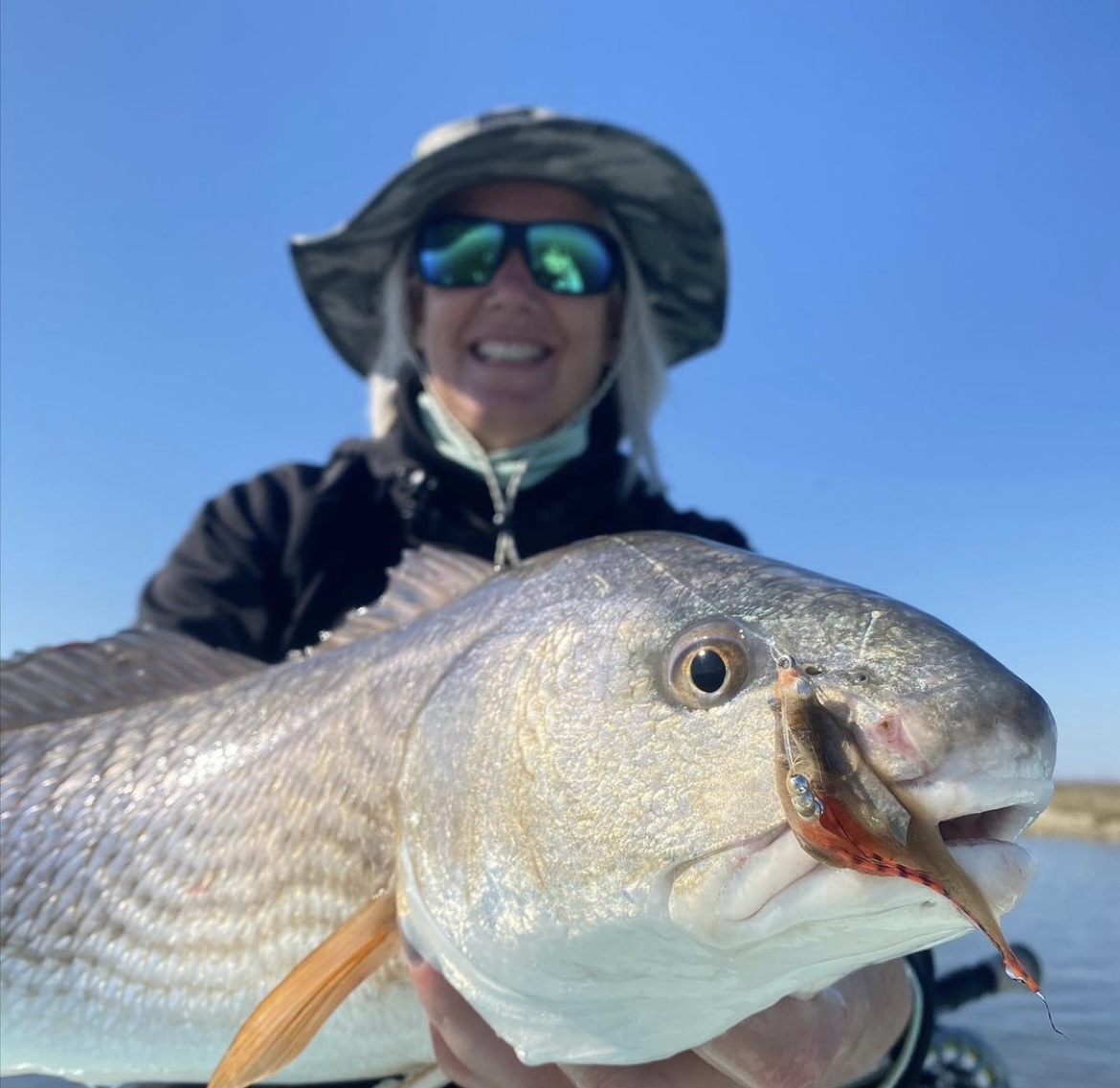 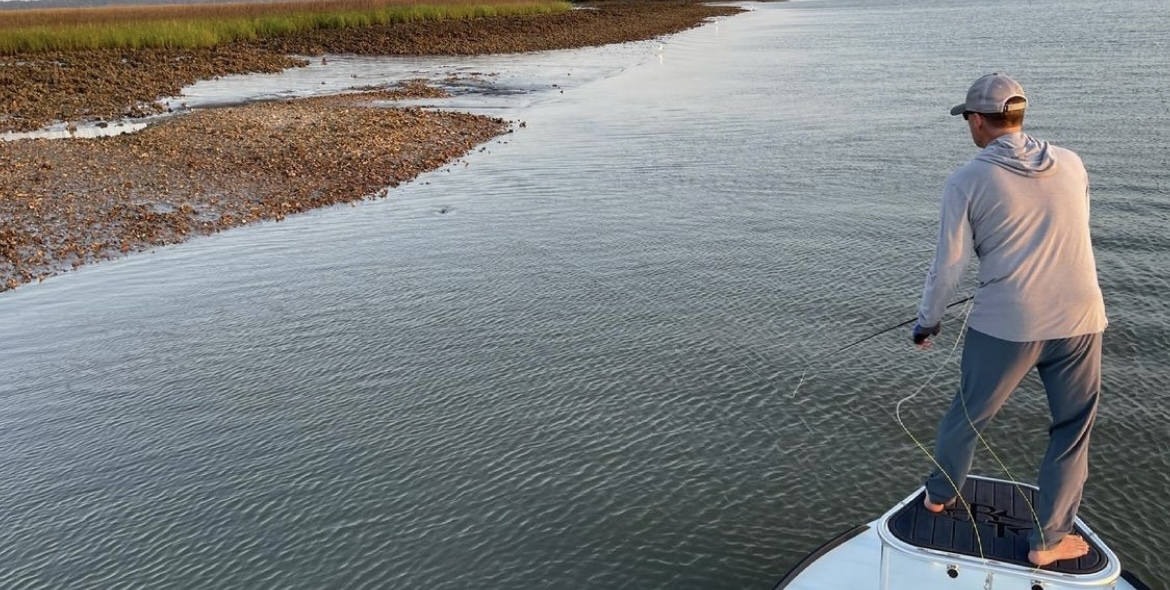 As for the fish… Yes the Cobia are here. Cobia showed up later than expected but they are here for sure. Our guides have been catching them while sightfishing with a 10 or 11wt fly rod with a long, flashy fly with a strong hook. They have also been caught on spinning gear with 5 inch+ paddle tail, eel lure, or live bait under a popping cork. When fishing for these fish, please keep in mind that the sole reason Cobia are inshore in our water is to reproduce. While it may be legal to keep one over 33 inches, we cannot stress the importance of releasing these fish, especially the larger females who are likely carrying hundreds of thousands of eggs at this point. 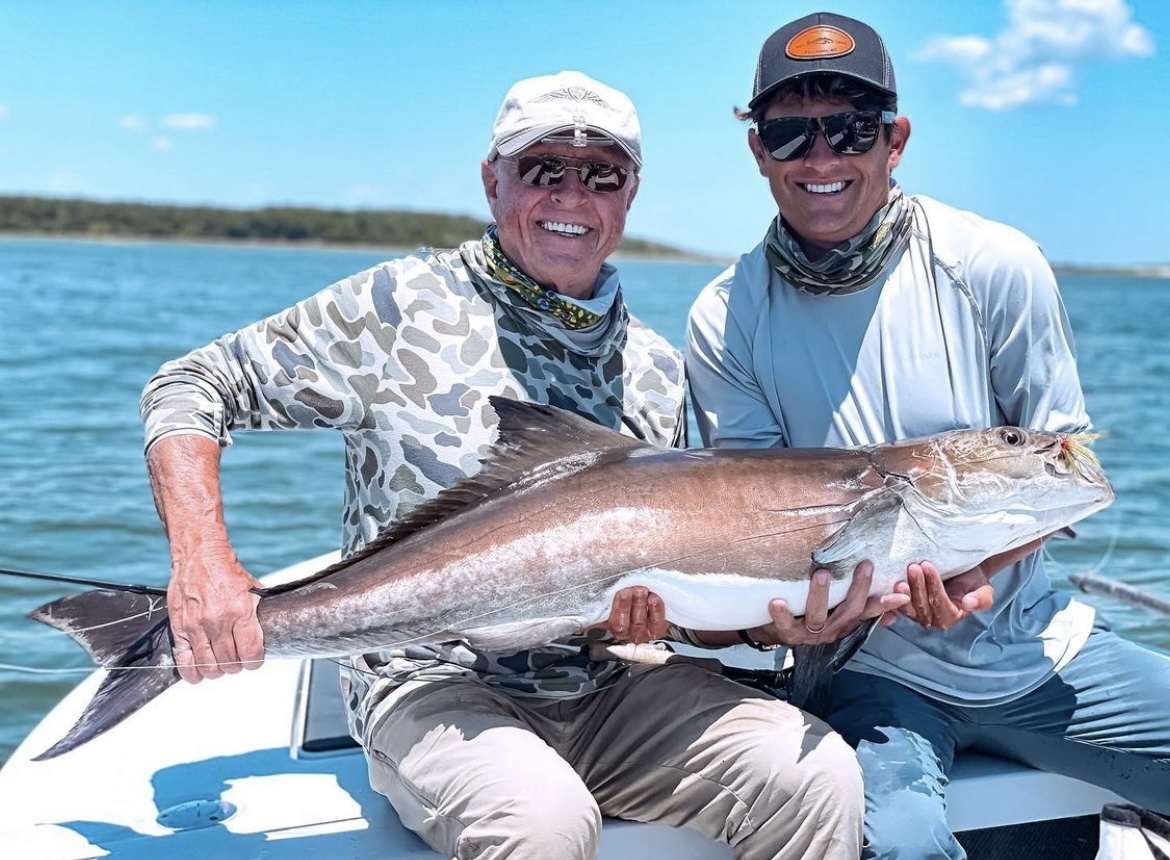 Redfish are still very active this time of year. They are seen in smaller schools of 10-20 fish or in single or doubles cruising a grass line or mud flat. We haven’t had too many flood tides as of late but the few that we have had, were while the water was still a little cooler and fish were less than cooperative. Flies we have been throwing with success have mostly been darker colored (black, purple, olive) and a little larger than what we would throw in the early spring or winter, think size 2 or bigger. A Bay Street Bunny in black and purple is a great example of what has been working on the low or mid tides. Crab patterns have been effective on flood tides as well as low tides, again in darker colorways. If spinning gear is more your thing, they have been caught on artificials worked along oyster beds as well as live or cut bait rigged on the bottom or under a cork. 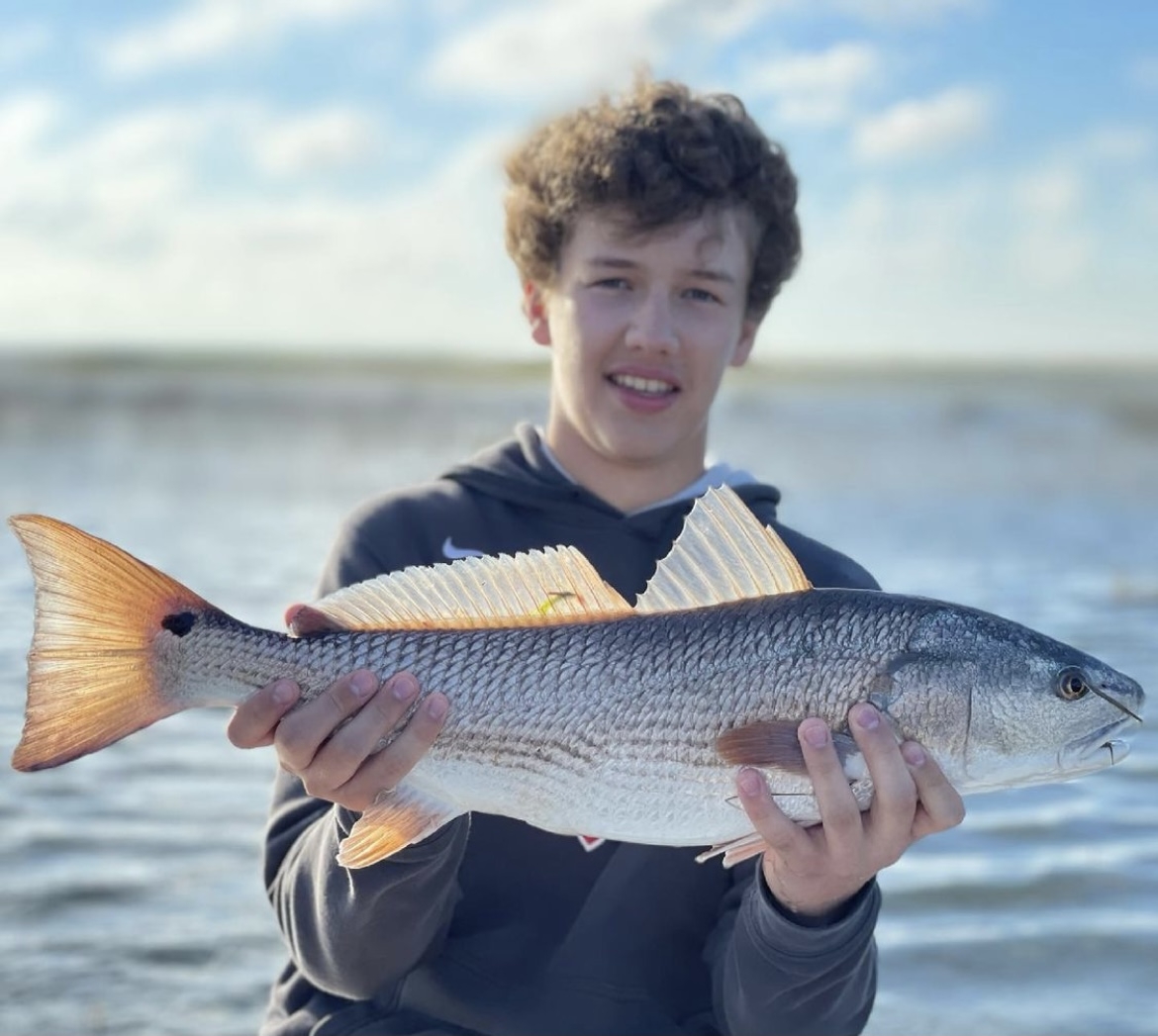 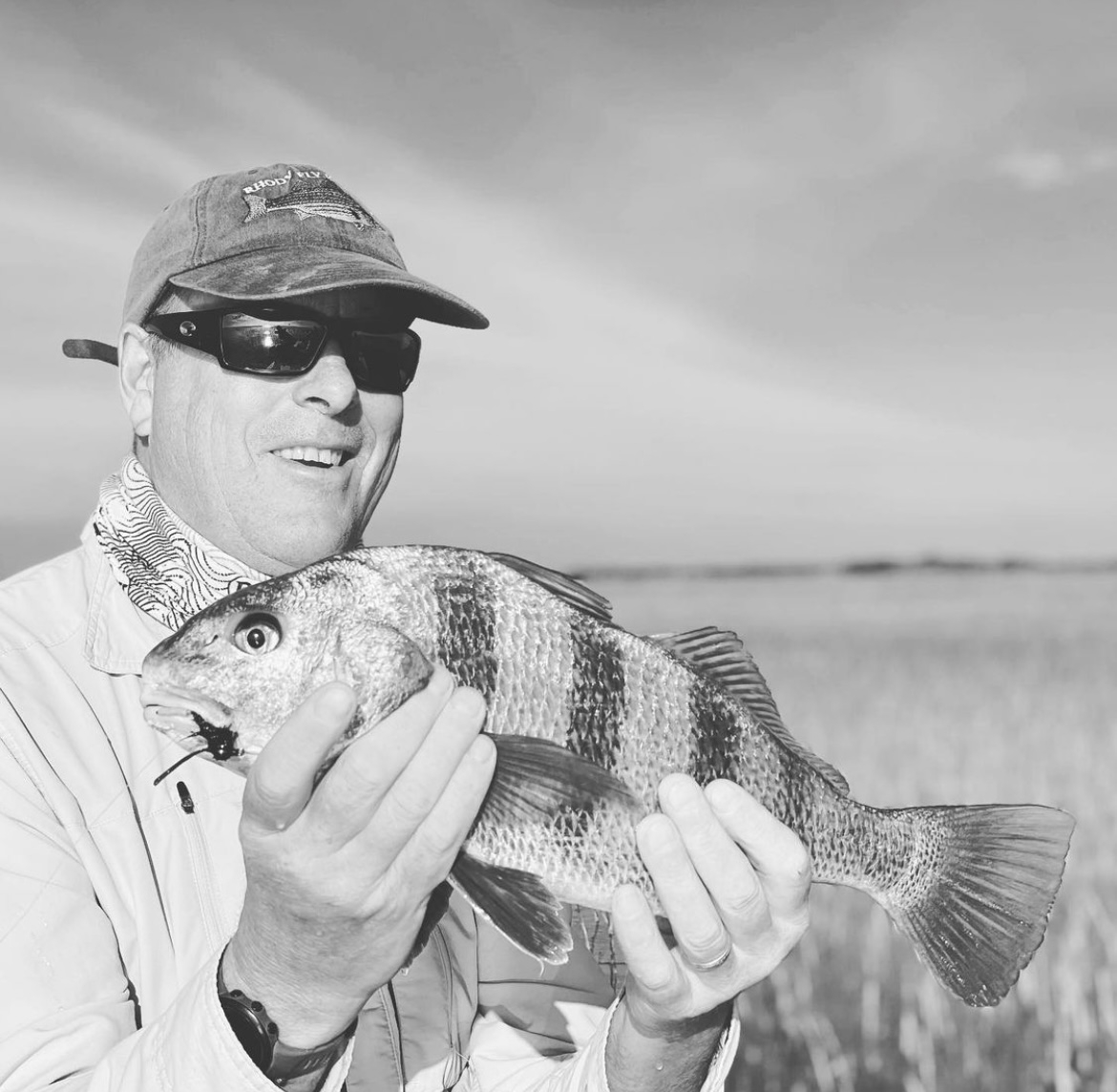 Seasonally, aside from Cobia, Tripletail have showed up and can mostly be found in deeper waters underneath floating objects like buoys, grass mats, or dead horseshoe crabs. Look for them floating on their sides and hardly moving as you present the fly. They can also show up in the grass edges so always be prepared! Spanish Mackerel were inshore during May but reports have been light as of late. As for our resident fish, speckled sea trout are still here and being caught and we can expect them to move into deeper waters as the temperatures rise. Black Drum as well as Sheepshead can be found hovering around oyster beds or along dock or pier pilings. Bonnethead and Blacktip sharks can be caught on our flats and really put your drag to the test.
As we continue to move into the summer we can expect much of the same from our fishery. Redfish schools will likely break up even further as the water warms, trout will move into the deeper water columns, and the Cobia will likely move out come mid July. Be on the lookout for the Silver King (tarpon) as the summer goes on and they pass through during their migration. Lastly, drive with caution as we have had multiple reports of manatees in the greater Beaufort waterways.
If you want to get out on the water, we know a few guys that can put you on fish! Our four Orvis Endorsed Guides are running trips all summer long so be sure to drop us a line, send us a message, or shoot us an email if we can assist in getting you out on your next fishing adventure! 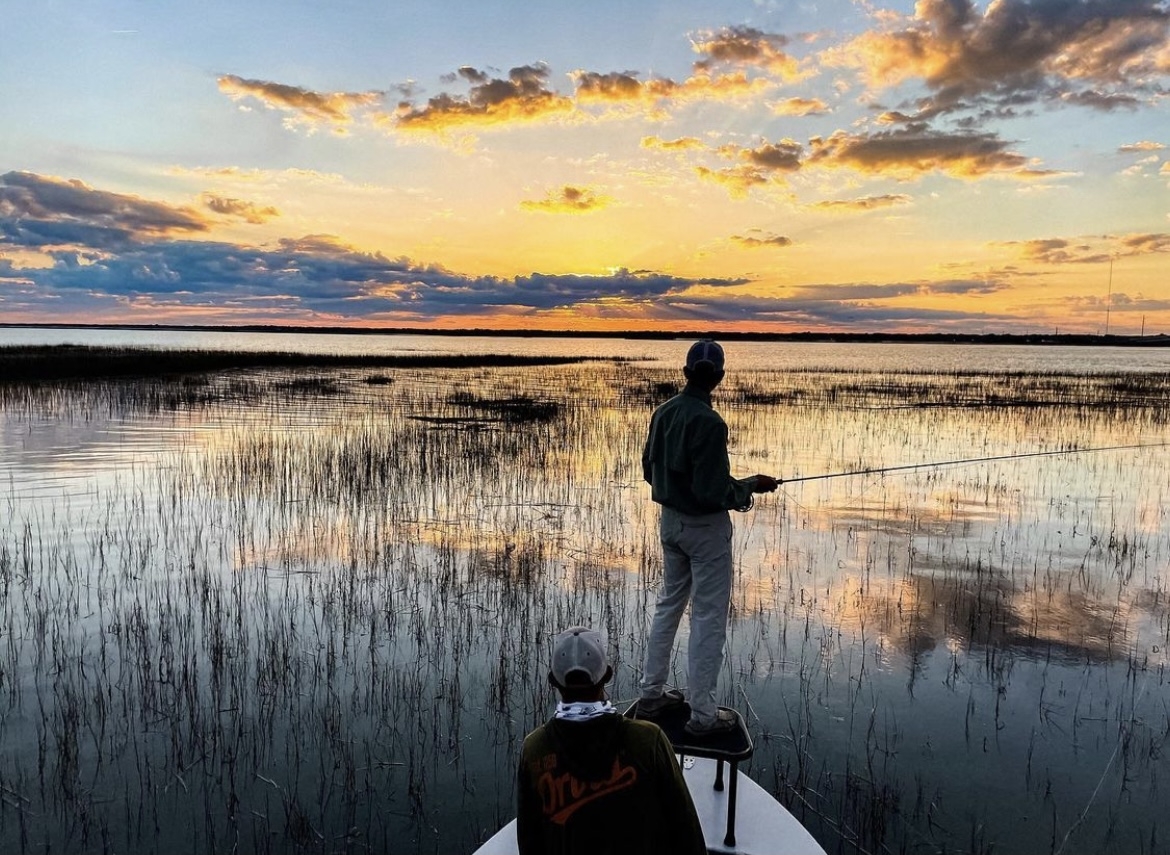